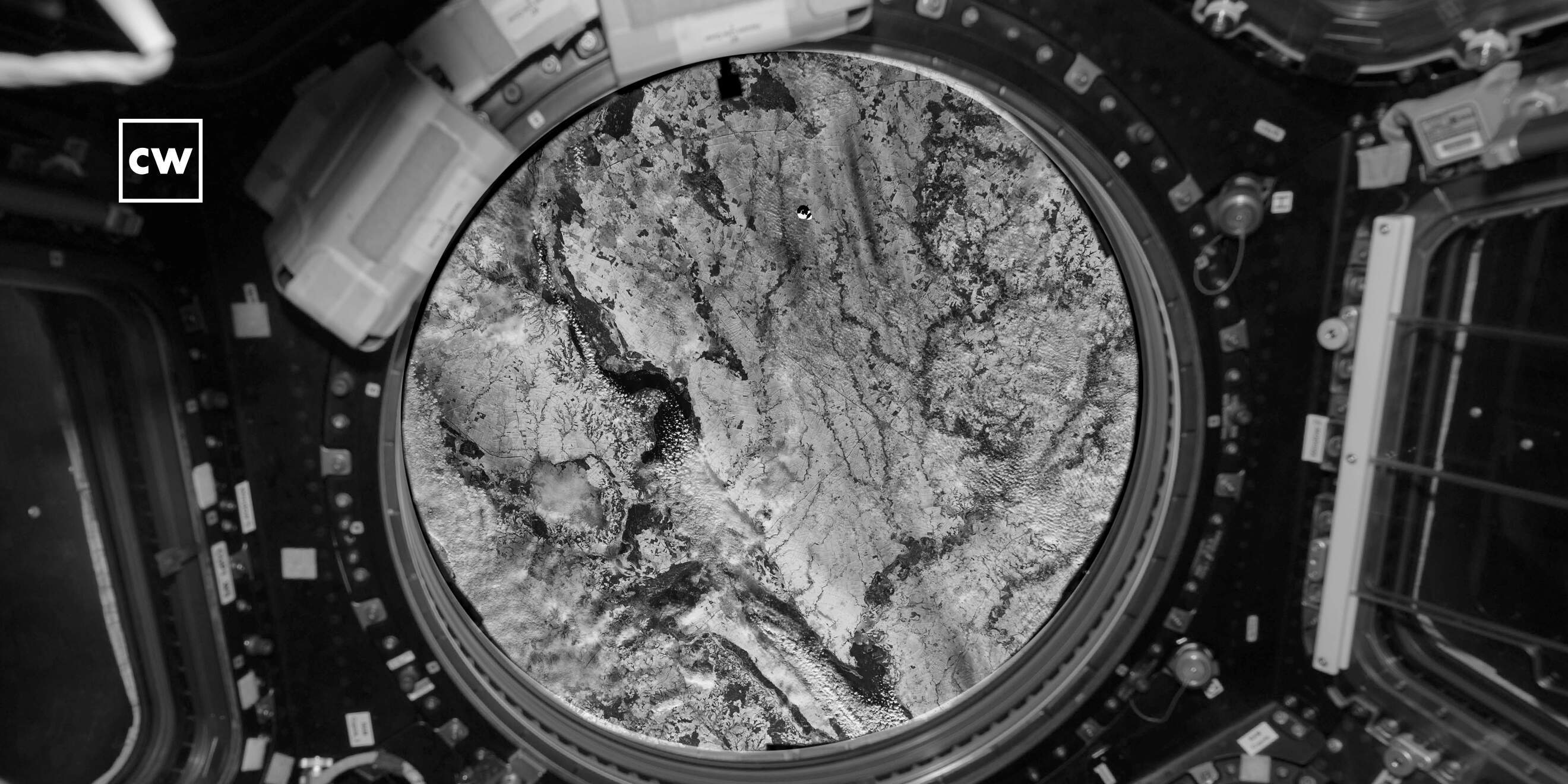 L3Harris, Northrop score $1.3B in SDA hypersonic missile tracking contracts (Breaking Defense) The awards are a first step in the Space Force’s plan, which will move the Defense Department away from today’s reliance on a a handful of large expensive satellites in Geosynchronous Earth Orbit (GEO) and highly elliptical polar orbits, SDA Director Derek Tournear said.

UK Space Startups Say Government Support and Investment is Critical to Sector’s Success (Via Satellite) The United Kingdom has made its space ambitions clear in the past year, as the government released its first national space policy, with plans to invest

10 Smallsat Startups to Watch (Satellite Today) In this new feature, Via Satellite highlights a group of startups in the smallsat arena in early funding rounds or pre-funding that may not receive much media attention. These companies represent a range of capabilities from in-space manufacturing, space situational awareness, and IoT, and span the globe from South Africa to Portugal and beyond.

UK Satellite Operator OneWeb Said to Near Merger With Eutelsat (Bloomberg) Deal would create pan-European competitor to Musk’s Starlink. UK to retain stake in deal valuing OneWeb at over $3 billion.

FTC turns up the heat on Trump-era defense merger (POLITICO) The commission is weighing legal action against Northrop Grumman for alleged merger violations.

Boeing Records $93M Charge on Commercial Crew Program in Q2 (Via Satellite) Revenues at Boeing Defense, Space & Security fell 10% in the second quarter of 2022, and the segment recorded a $93 million charge on the Commercial

Eutelsat, OneWeb CEOs Outline Plans for Combined GEO/LEO Entity (Via Satellite) Eutelsat and OneWeb have reached an agreement to combine, bringing together satellite assets in Geostationary Orbit (GEO) and Low-Earth Orbit (LEO) for

OneWeb and Eutelsat merge to create European rival to SpaceX and Amazon (Tech Monitor) OneWeb’s proposed Eutelsat merger could address all aspects of satellite communication, but may face antitrust scrutiny.

Arianespace and Eutelsat Target Sept. 6 Launch for Konnect VHTS (Via Satellite) Eutelsat’s Konnect VHTS satellite is on the way to French Guiana ahead of a launch planned for Sept. 6. Arianespace will launch the satellite, built by

Saltzman, father of multi-domain ops, to replace Raymond as Space Force chief (Breaking Defense) Rumors already are flying about who will take over the vice slot at Space Force when Gen. David “DT” Thompson retires next year, with current bets on Lt. Gen. Michael Guetlein, head of Space Systems Command.

Space Force officially creates cryptologic service component for NSA (FedScoop) The Space Force has officially established its own cryptologic component, FedScoop has learned. Secretary of the Air Force Frank Kendall made the notification July 2, according to a Space Force spokesperson. The director for intelligence, surveillance and reconnaissance, S2, will serve as the service cryptologic chief with the S2 staff serving as the cryptologic staff. […]

The newest branch of the military is taking a different approach to fitness (NPR) Annual physical fitness assessments are a cornerstone of military life. The military’s newest branch, the Space Force, is ditching that model and switching to the more high-tech fitness trackers.

Pentagon’s National Reconnaissance Office says latest launches demonstrate speed, agility (C4ISRNet) To highlight the speed and agility of multi-day launches, the NRO launched the NROL-162 mission that will provide all sectors of the U.S. national security apparatus with intelligence.

‘Space is where we need to go’: US Air Force preparing networked infrastructure for new mission (C4ISRNet) The two services have been conducting reviews and meeting with industry over the last year to define their distinct roles in providing tactical intelligence, surveillance and reconnaissance capabilities and develop a plan for a space-based ground moving target indicator capability.

Telefónica to Collaborate on 5G/IoT Service with Sateliot (Via Satellite) Telefónica is collaborating with Sateliot to develop a dual 5G NB-IoT connectivity service, the companies announced July 20.  The Spanish

Space-Based Shortcuts Advance in the Last-Mile Connectivity Race Against Fiber (Satellite Today) Satellite service is one of several connectivity mediums in a race against time and fiber to connect the last mile, and satellite solutions are becoming a larger focus in these conversations as technology makes improvements in capability and affordability.

Viasat Reaches 50,000 Connected Sites in Brazil (Via Satellite) Viasat has now reached the 50,000 sites mark in Brazil, a market in which it has been operating since 2018. Viasat announced this milestone July 27. While

SatixFy Debuts Onyx Aero Terminal for IFC Use (Via Satellite) SatixFy revealed details of its Onyx Aero terminal for aviation on Monday, touting that it can simultaneously communicate with multiple satellites in

ICEYE to Take Part in Ghana Flood Project (Via Satellite) Iceye will participate in a risk transfer project with the Ghana Ministry of Finance, the United Nations Development Programme (UNDP), and the Insurance

Inmarsat I-6 F1 Satellite Begins On-Orbit Testing (Via Satellite) Inmarsat has confirmed that its I-6 F1 satellite has reached Geostationary Orbit (GEO) and begun on-orbit testing. The satellite, the size of a London

White House calls for review of 25-year deadline for de-orbiting dead satellites (Breaking Defense) The “National Orbital Debris Implementation Plan” issued by the Office of Science and Technology Policy assigns DoD the lead for some 17 tasks.

Canada’s new Space Division: Evolution not revolution (Breaking Defense) Even as Canada acknowledges growing importance of space in defense, Jessica West of Canada’s Project Ploughshares said, “The creation of a division within the military [structure] rather than a standalone force points to the integration of space across military functions rather than a ‘warfighting’ orientation.”

Commerce asks industry: ‘What space safety help do you want from us? (Breaking Defense) The Office of Space Commerce, in part, is trying to define the scope of what “basic” services it will provide for free, and what else it might do for a fee.

Putin pulling Russia from ISS, cutting one of last remaining ties with U.S. (Newsweek) Russia plans to construct its own orbiting station after over 20 years of cooperation with the U.S. in space.

NASA dismisses Russia departing ISS: “we’ve seen their public comments” (Newsweek) Russia’s space agency boss, Yuri Borisov, has said his country will pull out of the ISS after 2024. But NASA said it’s yet to receive an official statement.

Russia’s pulling the plug on space cooperation. Should the world be worried? (Atlantic Council) Our experts break down Moscow’s extraplanetary plans after it pulls out of the International Space Station.

NASA and Roscosmos Reach Swap Deal for ISS Transportation (Via Satellite) NASA and the Russian space agency Roscosmos have reached an agreement to resume integrated crews on U.S. crew spacecraft and the Russian Soyuz to

Smallsats Drive the Push for Nimbler Propulsion Options (Satellite Today) As the missions and business cases for smallsats evolve and grow, smallsat propulsion solutions are innovating to keep up.

Thales Partners With Italian Startup Miprons on Water Propulsion System (Via Satellite) Thales Alenia Space is partnering with Italian startup Miprons to develop a satellite propulsion system that uses water as fuel. Miprons, based in Rome,

Power beamed from space, rocket cargo: UK military looking at ‘game-changing’ space tech (Breaking Defense) Listing a series of theoretical space capabilities, the Ministry of Defence’s Director for Space, Air Vice-Marshal Harv Smyth, said, “Who would not be excited by this?”

Lockheed Military Space Boss: We Have ‘Opportunity to Expand Beyond’ GPS (Air Force Magazine) As Space Force officials stress resiliency, now is the time to think beyond GPS for PNT, a top space industry official says.

I am the James Webb Space Telescope and I have so much to do (Quartz) The world’s most advanced space telescope has to pull off hundreds of maneuvers during its “29 days on the edge” before it can start photgraphing early galaxies and distant planets.

Threats and Risks to Space Systems

Debris from China rocket launch to crash-land — and no one knows where (Washington Post) China’s latest launch of a huge rocket is, once again, raising alarm that the debris will crash into the Earth’s surface in an uncertain location and at great speed.

Asteroid size of Chrysler Building traveling at 13,100 mph towards Earth (Newsweek) The asteroid, known as 2013 CU83, will come within 4.3 million miles of Earth, so there is zero chance it will collide with us during this close approach.

The commercial satellite boom is leaving space vulnerable to hackers (The Record by Recorded Future) U.S. lawmakers and other researchers are seeking solutions for securing our increasingly satellite-crowded skies.

Florida Man Accused of Driving to Space Force Base in Stolen Truck to Warn of Aliens (Military.com) Corey Johnson reportedly explained to authorities “he was told by the president” to warn “the government there was US aliens fighting with Chinese dragons.”