Signals & Space: Space Force acquisitionplans. Wartime lessons about space capability. Rogozin is out at Roscosmos. The starry heavens above (seen through the Webb telescope); 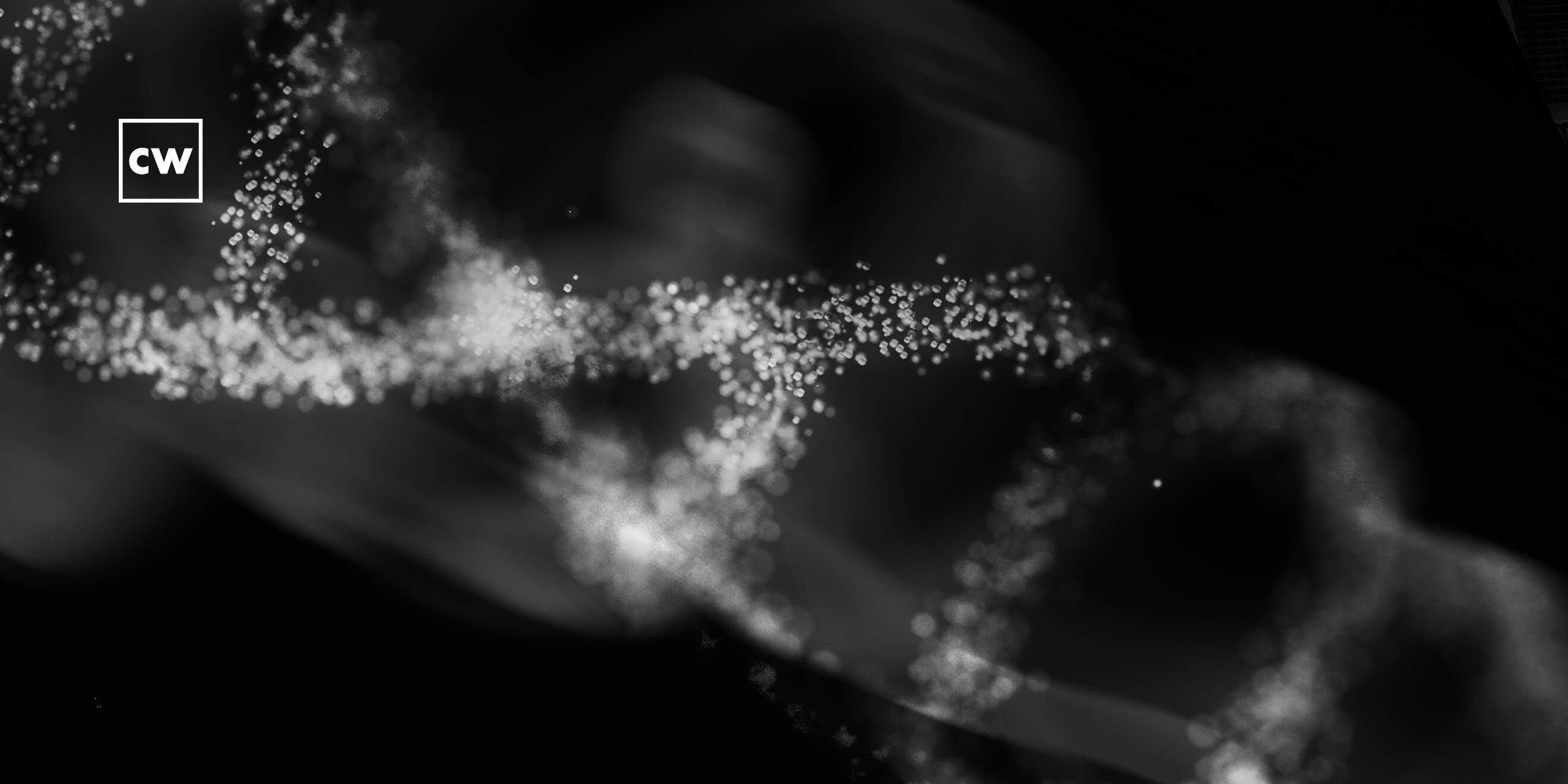 Space Force considers asking satellite firms to host payloads for tactical ISR (Breaking Defense) Another idea, said SSC’s Col. Dennis Birchenough, is for SSC to serve as a kind of “matchmaker” to pair ISR sensor developers with commercial operators with capacity to carry payloads extraneous to their own capabilities.

Hyten: Space Force ‘hasn’t cracked the code’ on faster acquisitions (SpaceNews) Former vice chairman of the Joint Chiefs of Staff John Hyten said he worries the DoD bureaucracy and congressional overseers are making it difficult for the U.S. Space Force to acquire new technologies at the pace that is needed to keep up with adversaries.

US Space Force rapid capabilities office to deliver first project this year (Defense News) Projects managed by the Space Rapid Capabilities Office are classified, but the director of the organization told reporters initial deliveries are coming in late 2022 and 2023.

Safran unit agrees to acquire Orolia to expand in PNT market (C4ISRNet) Safran’s purchase will complete a “cohesive set of PNT architectures” to meet the needs of industries including aviation, defense and space, the company says.

Hundreds of space and aviation startups are at risk of crumbling as VCs warn them to ‘plan for the worst’ (Business Insider) Y Combinator, a VC firm that invests in a number of aerospace startups, warned its portfolio companies in May to “plan for the worst.”

Raytheon Technologies Is Proving the Value of the Merger (Real Clear Defense) When the leaders of Raytheon and United Technologies UTX 0.0% first disclosed their plan to merge in June of 2019, they set forth a vision of an aerospace and defense enterprise with unprecedented market presence.

Skyrora Opens New Manufacturing Facility in Scotland (Via Satellite) Skyrora has opened a large new manufacturing and production facility in the U.K., which it claims to be the largest of its kind in the nation. This new

Aerojet Rocketdyne Agrees to Pay $9 Million to Resolve False Claims Act Allegations of Cybersecurity Violations in Federal Government Contracts (US Department of Justice) Aerojet Rocketdyne Inc., headquartered in El Segundo, California, has agreed to pay $9 million to resolve allegations that it violated the False Claims Act by misrepresenting its compliance with cybersecurity requirements in certain federal government contracts, the Justice Department announced today. Aerojet provides propulsion and power systems for launch vehicles, missiles and satellites and other space vehicles to the Department of Defense, NASA and other federal agencies.

US Space Force plan for rapid satellite launches may finally take off (Defense News) The Space Force may finally be ready embrace the concept for responsive launch. Outside experts and military officials point to recent and planned demonstrations, momentum in the commercial sector and a growing acknowledgement of the threats to military space assets as reasons to think the service may overcome the bureaucratic, budgetary and technological hurdles that have slowed this effort over the last two decades.

ESA Successfully Debuts Vega C Rocket (Via Satellite) On Wednesday, the European Space Agency (ESA) executed a successful first launch of the Vega C, which it says will expand launch access and flexibility.

New Generation of Rockets Queue Up to Launch From Florida Facilities in 2022 (Air Force Magazine) NASA, SpaceX, and United Launch Alliance are all preparing to launch their next-gen rockets from Florida’s Space Coast, two of them before the year is out.

They Graduated Space Force Boot Camp. What Comes Next for Them, and the Service, Is Less Clear. (Military.com) Space Force continues to carve out its own identity after being created in 2019.

Ericsson partners with Thales and Qualcomm to deploy 5G networks into space (Help Net Security) Ericsson, Thales, and Qualcomm Technologies are planning to take 5G out of this world and across a network of Earth-orbiting satellites.

Recently blasted into space, Aerospace’s Slingshot tests universal electrical port for satellite payloads (Breaking Defense) Slingshot 1 is a 12-unit CubeSat, about the size of a shoebox, carrying 19 experimental payloads — 16 of which were designed by Aerospace’s lab. The experiments range from on-board processing software to a novel small thruster engine.

SpaceX Debuts Maritime Offering for Starlink (Via Satellite) SpaceX announced a maritime satcom offering for the Starlink constellation on Thursday. Starlink Maritime is advertised as offering 350 Mbps download for

OneWeb Receives Regulatory Access to Provide Broadband in Brazil (Via Satellite) OneWeb’s prospects in Latin America have been boosted by the news that the Brazilian telecoms regulator, Anatel has granted the company a 15-year license

Wrangling disparate ground systems is ‘major’ priority for Space Force integration office – Breaking Defense (Breaking Defense) “Progress has not been as great as we wanted it to be” in the Space Force’s effort to reduce the number of disparate satellite ground control centers, according to Clare Leon, head of Space Systems Command’s (SSC) Space Systems Integration Office (SSIO).

Ericsson, Qualcomm Team Up with Thales to Test Satellite 5G Services (Via Satellite) Ericsson and  Qualcomm announced Monday that they have teamed up with Thales to test satellite-delivered, space-based 5G services to global customers and

Congress must support a diversified, multi-layered approach to space missile warning (Breaking Defense) America’s adversaries are developing tools to trick or destroy current missile tracking capabilities. It’s time to get back ahead of the curve, writes Christopher Stone of the Mitchell Institute.

UK’s Reaction Engines Begins Propulsion Trials for US Military (Via Satellite) Reaction Engines, a U.K. space company, has begun testing its high-Mach propulsion technology in a critical U.S.-based trial, as it looks to make more of

Resilient space systems require autonomy, cultural shift: Space Force chief scientist (Breaking Defense) Many of the technology challenges facing the Space Force are “fundamental and architectural,” requiring the service to figure out how “to get these new, rapidly evolving ideas into the system in a way that makes sense and it’s not utter chaos,” said Joel Mozer, director of science, technology and research.

SpaceChain Completes New Blockchain Testing Milestone (Via Satellite) SpaceChain has completed the testing of the space node it created for Velas Network, which is hosted on Low-Earth Orbit (LEO) satellite and independent of

Spaceflight experiment Recurve launches in support of warfighter comms (C4ISRNet) The launch of Recurve reveals the latest technological advancements in radio frequencies and information transmission in the increasingly contested environment of space.

Marking a New Era of Human Voyages to Space (Satellite Today) Space entrepreneurs race to build a sustainable ecosystem and a path for private citizens to experience zero-G.

The Future of Military Satellites Lies in Modularity (Satellite Today) Military satellites must now respond to new imperatives: better responsiveness and an improved resiliency, in addition to cost-effectiveness. Satellite modularity may be the key to answering these new imperatives for the military space.

Space Runs on Open Source Software. The US Air Force Is Fine With That (Defense One) Commercial space players don’t have the same security concerns as the Pentagon, but that doesn’t mean they can’t share code.

L3Harris Unveils Tech That Can Capture Battlefield Imagery From Space (The Defense Post) L3Harris has unveiled a new infrared tech capable of capturing high-resolution imagery and other crucial battlefield information from space.

Inside the Universe Machine: The Webb Space Telescope’s Ultra-Reliable Radio (IEEE Spectrum) Any scientific data the JWST collects during its lifetime will need to be stored on board, because the spacecraft doesn’t maintain round-the-clock contact with Earth. The on-board storage is enough to collect data for about 24 hours before it runs out of room.

Secrets of the Moon’s Permanent Shadows Are Coming to Light (Wired) Robots will venture into the sunless depths of lunar craters to find ancient water ice, while studies find hints about how water arrives on rocky worlds.

UFO Whistleblowers Would Get Immunity Under New Amendment (The Drive) The language would give government employees and contractors immunity from reprisal for coming forward about UFO encounters and programs.

House approves measure to share information on UFO reports (NBC News) A bipartisan amendment to the National Defense Authorization Act would establish a “secure system” for to receive reports about UFOs. The Senate has yet to take up the bill.

Stunned by UFOs, ‘exasperated’ fighter pilots get little help from Pentagon (The Hill) Despite the frequency of the encounters and the severity of the hazard, it took the Navy five years to adopt a formal UFO reporting structure.