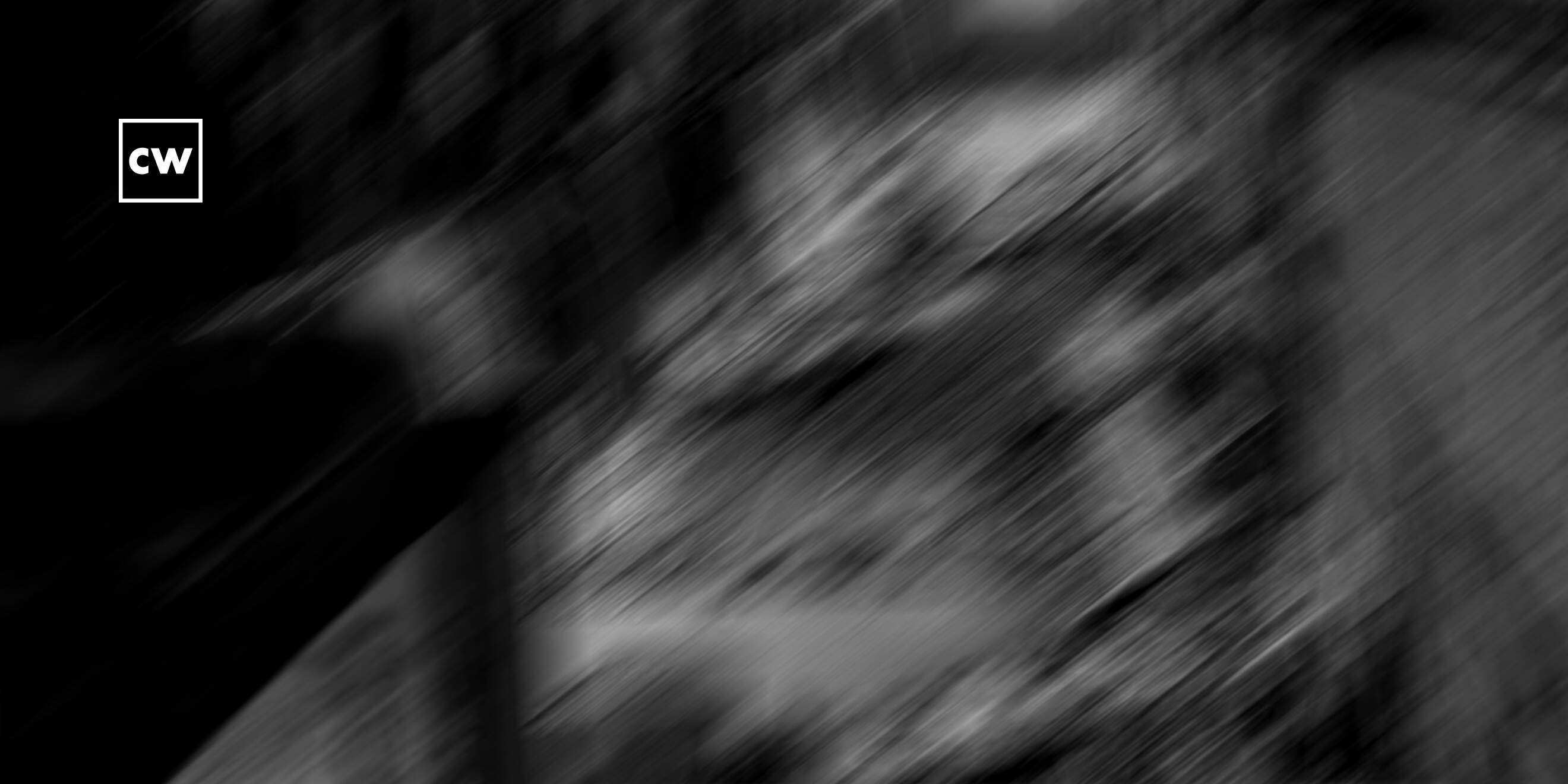 Ukraine at D+154: Counteroffensive underway at Kherson. (The CyberWire) As Ukrainian forces begin the campaign to retake Kherson and Russian forces resume long-range bombardment of key Ukrainian cities, Ukraine and the US agree to closer cooperation on cybersecurity. It will include, as a minimum, more exchanges of information between the US CISA and Ukraine’s SSSCIP.

Russia-Ukraine war latest: five killed and 25 injured in Russian strike on Kropyvnytskyi (the Guardian) Russian missiles have struck the hangars of an aviation enterprise

Russian forces fire barrage of missiles at northern Ukraine from Belarus (the Guardian) Strikes hit Chernihiv region as well as locations outside Kyiv and around city of Zhytomyr, say officials

Russia steps up strikes on Ukraine amid counterattacks (AP NEWS) Russian forces on Thursday launched massive missile strikes on Ukraine’s Kyiv and Chernihiv regions, areas that haven’t been targeted in weeks, while Ukrainian officials announced an operation to liberate an occupied region in the country’s south.

Retreat from Kherson or be ‘annihilated’, Ukraine warns Russia (The Telegraph) Threat follows rocket strike on key bridge in occupied city that will make it much harder for Moscow to move armour in – or take troops out

Battle for Kherson will test Ukraine’s infantry and artillery – but it won’t end the war (The Telegraph) We must distinguish between a local counter-offensive that forces out the Russians, and a big attack that changes the strategic picture

As they wait for weapons, Ukrainians hold the line with Soviet artillery (Washington Post) Ali Pirbudagov’s weapons are parked under the cover of trees and camouflage nets. They’re all older than he is, dating back to a time when Ukraine and Russia fought together in the Red Army. Now, Pirbudagov has to use them against Russian troops attacking with more-modern equipment.

Germany authorizes production of 100 howitzers for Ukraine (POLITICO) It will likely take a while before the state-of-the-art weapons arrive to the battlefield.

Special services have identified Russian filtration camps (Special Services – Government of Poland) From the beginning of its aggression against Ukraine, Russia began building a network of prisons and filtration camps to which Ukrainians are sent en masse. Those who pass the verification are forcibly sent to Russia, where they are often forced to be recruited into the Russian army and sent to the front. People who raise objections to the invaders are subjected to torture.

Thousands of troops are still deployed to Europe for Ukraine response (Military Times) Some troops have rotated out or gone home for good, but the Europe mission has no end in sight.

US, Ukraine sign pact to expand cooperation in cyberspace (The Hill) The U.S. Cybersecurity and Infrastructure Security Agency (CISA) signed an agreement Wednesday with Ukraine’s cybersecurity agency to strengthen cooperation between the two countries in the c…

Internet disruptions hit Kherson as Ukrainian forces advance (The Record by Recorded Future) Kherson has been occupied by Russian forces since March.

Iranian drones could make Russia’s military more lethal in Ukraine (Breaking Defense) The US and its allies should prepare Ukraine, and better constrain Iran, write analysts from FDD.

The case for trading a Russian arms dealer for Griner, Whelan (Newsweek) “The obvious answer is a Whelan/Griner for Bout trade,” a source who has worked successfully on numerous foreign detention cases of U.S. citizens told Newsweek.

Burkina Faso Could Be Next for Russia’s Wagner Group, U.S. Intel Fears (Foreign Policy) A military coup, natural resources, and roiling insecurity are a recipe for Russian intervention.

Continuing the fight against private sector cyberweapons (Microsoft On the Issues) Today, Microsoft is announcing the disruption of the use of certain cyberweapons created and sold by a group we call Knotweed.

Cyber Mercenary Leveraged Windows Zero Day in Subzero Malware Attack (Decipher) Microsoft exposed an Austria-based private-sector offensive actor that has been observed both selling the Subzero malware to third parties, but also using its own infrastructure in some attacks.

‘EvilNum’ malware targets European financial exchanges, crypto with backdoor attacks (SC Magazine) Threat actor TA4563 has been aiming its “EvilNum” malware at European financial and investment firms that specialize in foreign currency exchange and commodities, cryptocurrency and DeFi, according to a Proofpoint report.

Robin Banks might be robbing your bank (IronNet) In mid-June, IronNet researchers discovered a new large-scale campaign utilizing the Robin Banks platform to target victims via SMS and email.

How cybercriminals are using messaging apps to launch malware schemes (Intel471) Messaging platforms like Telegram and Discord have automation features that users love. Cybercriminals are among those users.

Kansas MSP shuts down cloud services to fend off cyberattack (BleepingComputer) A US managed service provider NetStandard suffered a cyberattack causing the company to shut down its MyAppsAnywhere cloud services, consisting of hosted Dynamics GP, Exchange, Sharepoint, and CRM services.

3 Toronto arts companies among those impacted by email newsletter cyber attack (Global News) The Canadian Opera Company, Toronto Sympathy Orchestra and Canadian Stage all emailed subscribers to inform them of a ransomware attack suffered by WordFly.

Critical Samba bug could let anyone become Domain Admin – patch now! (Naked Security) It’s a serious bug… but there’s a fix for it, so you know exactly what to do!

Kansas MSP shuts down cloud services to fend off cyberattack (BleepingComputer) A US managed service provider NetStandard suffered a cyberattack causing the company to shut down its MyAppsAnywhere cloud services, consisting of hosted Dynamics GP, Exchange, Sharepoint, and CRM services.

Cyberattacks are raising health care costs (POLITICO) Across industries, a glaring 60 percent of organizations said they had to raise prices to cover the expense of a breach.

Intechnica announces separation of cybersecurity business (Business Up North) Intechnica – the Manchester-based tech company – has spun off its cybersecurity arm Netacea as a standalone company.

HackerOne Scoops Up Aledade Legal Chief Ilona Cohen (Corporate Counsel) Cohen said she’s been a fan of HackerOne since it launched #HackThePentagon in partnership with the Department of Defense in 2016. Now, she’ll lead its legal and public policy efforts.

Digitate’s Intelligent AIOps Platform Achieves HIPAA and GDPR Compliance (Yahoo Finance) Digitate, a leading provider of SaaS-based autonomous enterprise software for IT and business operations, today announced that it has achieved both HIPAA and GDPR compliance, guaranteeing that its artificial intelligence for IT operations (AIOps) platform meets all regulatory standards for security, availability, processing integrity, confidentiality, and privacy. The audits for both HIPAA and GDPR compliance were conducted by Deloitte Haskins & Sells, LLP.

CrowdStrike: Threat Hunting Should be Human-based (SDxCentral) CrowdStrike’s new cloud threat hunting service is led by its OverWatch threat hunting team and will target advanced threats in the cloud.

For quantum technology to succeed, there needs to be a shift in mindset (World Economic Forum) As quantum technology is rapidly developing, business leaders will need to make changes to stay ahead of the curve. Here are four key actions to implement two important mindset shifts.

U.S. Government Grapples With Cyber Incident Reporting Pain Points (Decipher) The U.S. government wants cyber incident reporting to be more consistent, but it must work through several challenges, including the stigma around the repercussions of reporting.

GDPR in Romania: How Does It Work? (Business Review) The General Data Protection Regulation act of the European Union officially became effective on 25th May, 2018. The act builds and strengthens the EU’s

DHS Cleared After 2021 Exposure of Terrorist Watchlist Data (Nextgov.com) The agency’s Office of the Inspector General found that the Department of Homeland Security has ways to safeguard and share sensitive data and properly acted once it learned about the alleged exposure.

Key Dems want DHS inspector general removed from Secret Service probe (Washington Post) A pair of key congressional Democrats called on Department of Homeland Security Inspector General Joseph Cuffari to step aside from his office’s investigation into the Secret Service on Tuesday, saying the Trump appointee knew earlier than has been reported that the agency deleted text messages from around the time of the Jan. 6, 2021, attack on the Capitol.

Uber’s former head of security faces fraud charges after allegedly covering up data breach (Hot for Security) The former Chief Security Officer of Uber is facing wire fraud charges over
allegations that he covered up a data breach that saw hackers steal the records
of 57 million passengers and drivers.