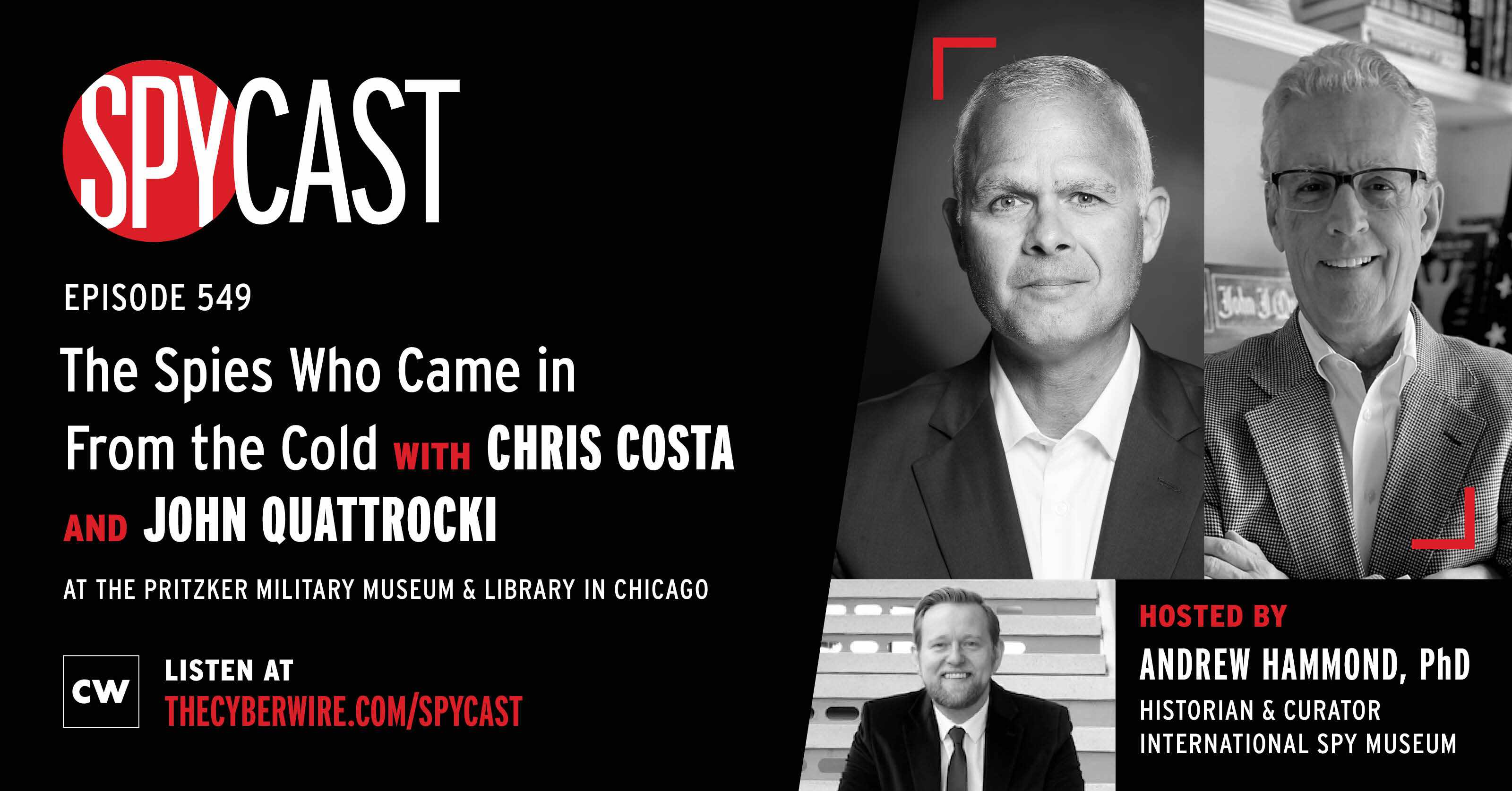 And much, much more…

The Pritzker Military Museum and Library (PMML) in Chicago is well worth a visit. Located on Michigan Avenue overlooking Grant Park and Lake Michigan – there’s three additional attractions right there – you will not be disappointed. SPY teamed up with PMML to put on what would become this week’s episode.

To discuss coming in from the Cold War intelligence landscape, Executive Director of SPY Chris Costa and AFIO board member John Quattrocki sat down for a panel discussion with Andrew.

Chris, a former intelligence officer of 34 years with 25 of those in active duty in hot spots such as Panama, Bosnia, Afghanistan, and Iraq, is also a past Special Assistant to the President and Senior Director for Counterterrorism on the NSC. John retired from the Senior Executive Service (SES – 4) as a Special Agent of the FBI with 19 years of operational experience against the Soviet Union/Russia, the Warsaw Pact, East Asia, Islamic extremist groups, and domestic terrorism. He also served on the NSC as the Director of Counterintelligence Programs.

Pritzker Military Museum & Library’s mission is to “increase the public’s understanding of military history.” The International Spy Museum’s mission is to “educate the public about espionage and intelligence.” As you can see, then, in the military-intelligence-espionage national security continuum, we are pretty much as good a partnership as it gets.

Quote of the Week

“The government has seen the counterintelligence (CI) resources as a kind of a human capital escrow account to draw on for other elements to the government. And in, so doing, we have started to lend our CI bodies to the private sector. So, we are providing indirect cost support to the private sector for their CI responsibilities, rather than causing them to acquit all their own CI responsibilities.” – John Quattrocki

“I was not entirely satisfied with the idea of being between wars, because we were trained as infantry men. Our job was to prepare to go to war. And then I said, you know what? I wanna fight against our adversaries on a different plane, multilevel chess, if you will. And that’s what brought me into the intelligence business.” – Chris Costa