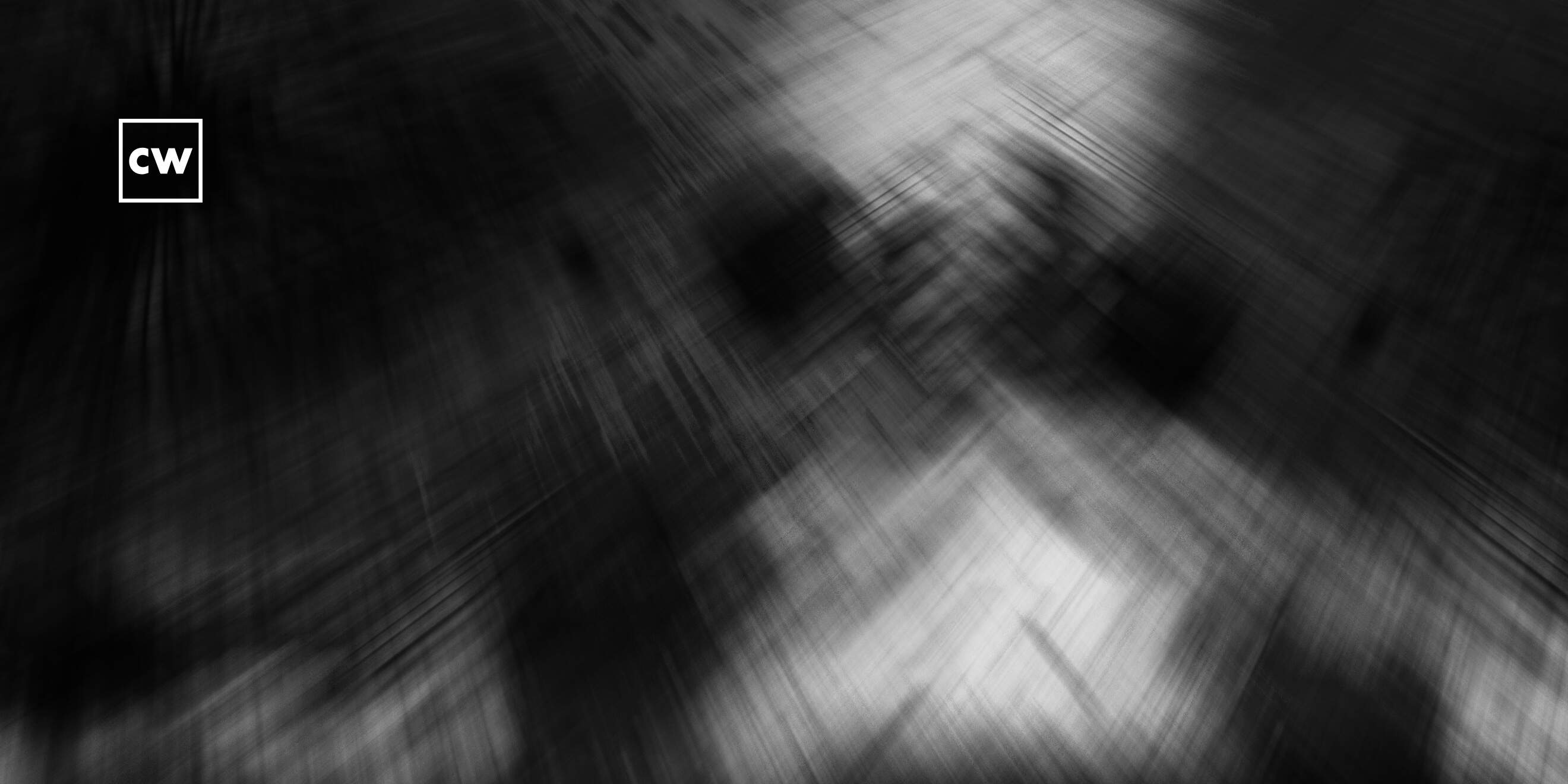 Russia Moves to Annex Occupied Ukrainian Land by September (Bloomberg) Kremlin prepares for referendums in areas seized by its troops. Officials say votes planned on merging with Russia by Sept. 15.

End the war to prevent nuclear ‘abyss’, warns Lukashenko (The Telegraph) The Belarus president and Putin ally insisted that Kyiv could end the war if it re-started talks with Moscow and accepted Russia’s demands

Greenpeace Says IAEA Downplayed Damage at Chernobyl by Russian Troops (Newsweek) The environmental organization conducted its own survey at Chernobyl after “very limited data” was provided by the International Atomic Energy Agency.

Russia-Ukraine war: UK vows to send thousands more weapons to Kyiv after Kremlin’s threat of escalation (The Telegraph) Britain will send scores of artillery guns and more than 1,600 anti-tank weapons to Ukraine, in the latest supply of Western arms to the fury of the Kremlin.

UK Spy Chief Sees Russia’s Military Running ‘Out of Steam’ Soon (Bloomberg) MI6 head Richard Moore sees no sign Putin is in poor health. Big advantage of US, UK over China is ‘we have allies’.

‘Cut by half’ Putin’s masterplan backfires as 400 Russian spies thrown out of Europe (Express) RUSSIA has lost “half” of its ability to spy on European countries, the UK’s foreign intelligence chief has said.

MI6 chief: Russia’s spies ‘not having a great war’ in Ukraine (The Record by Recorded Future) Hundreds of Russian spies have been expelled from Europe in recent months, dealing a major blow to Moscow’s intelligence efforts during its war with Ukraine, said the head of Britain’s Secret Intelligence Service, or MI6, on Thursday.

Putin thinks he’ll break America’s will in Ukraine, but he’s wrong, says the CIA director (CNBC) “Putin’s view of Americans is that we always suffer from attention deficit disorder, and we’ll get distracted,” said CIA Director William Burns at the Aspen Security Forum.

Ukraine can win (Atlantic Council) If the West takes active measures to ensure Ukraine can’t defeat Putin’s Russia, it won’t. But if it commits to supplying the range of capabilities required for modern, high intensity warfare, Ukraine can win, and it will win.

Inside the multinational logistics cell coordinating military aid for Ukraine (Defense News) Since early March, a cohort of U.S. servicemembers and a rotating crew of multinational partners have set up shop in U.S. European Command headquarters to ensure equipment gets from the donor nation to Ukraine’s doorstep.

Ukraine’s Wartime Politics Takes a New Turn (Wilson Center) Political processes change dramatically during a time of war. In the early stages of the war, the usual competition between the ruling group and the opposition is dampened, while society becomes more disciplined and united around the government. But the longer the war goes on, the more politics adapts: either it further organizes around the leader of the nation at war or the usual competition returns, but posing an unusual threat to national security.

US seeking to understand Russia’s failure to project cyber power in Ukraine (Defense News) “With regard to the Russian use of cyber and our takeaways,” Anne Neuberger said, “there are any number of theories for what we saw and what, frankly, we didn’t see.”

Defence officials warn of possible risk of social engineering attacks through MS Teams (DELFI) Virtual communication software MS Teams can be exploited for social engineering attacks without necessary changes to its external access settings, Lithuania’s Ministry of National Defense warned on Thursday, adding that this could pose risk to the security of organizations using the software.

Ukraine invites allies to check on their weapons donations (POLITICO) Ukraine has created a temporary special commission to monitor the flow of billions of dollars in Western weapons into the country.

Deal for Ukraine grain exports due to be sealed in Istanbul (AP NEWS) Russia and Ukraine were expected to sign an agreement Friday that would allow Ukraine to resume grain shipments to world markets and Russia to export grain and fertilizers, ending a standoff that threatened world food security while the two countries are at war in Ukraine .

Russian gas attack: Europe must not give in to Putin’s energy blackmail (Atlantic Council) The CEO of Ukrainian energy giant Naftogaz has told European leaders to prepare for a complete Russian gas cut off and warned that any concessions to the Kremlin will only serve to encourage further energy blackmail.

Anatomy of Attack: Truth Behind the Costa Rica Government Ransomware 5-Day Intrusion (AdvIntel) This report data is derived from Andariel’s adversarial collections, which enable visibility into Cobalt Strike commands which bypass a known EDR solution in a play-by-play format. The ransomware and exfiltration operation took approximately five days from the initial access on April 11, 2022 primarily due to the massive data exfiltration prolonging the exploitation operation prior to the ransomware deployment. On May 8, 2022, the new preside

Understanding the Evolution of Cybercrime to Predict its Future (SecurityWeek) A study of the evolution of cybercrime suggests the threat will only get worse as financially motivated malware gangs become more and more professional.

Matanbuchus with Cobalt Strike: Not Your Favorite Combo (CircleID) For US$2,500, threat actors can employ Matanbuchus, a malware-as-a-service (MaaS) package found delivering Cobalt Strike beacons through phishing and spam messages. Cobalt Strike is a powerful security tool that threat actors are increasingly using as a reconnaissance and post-exploitation weapon.

Atlassian Warns Confluence Users of Critical Hardcoded Credentials Bug (Decipher) After an external party publicly disclosed the hardcoded password on Twitter, Atlassian said the issue is “likely to be exploited in the wild.”

Exploitation of Recent Chrome Zero-Day Linked to Israeli Spyware Company (SecurityWeek) An actively exploited Chrome zero-day for which Google released a patch on July 4 has been linked to an Israeli spyware company and used in targeted attacks in the Middle East.

Hackers for Hire: Adversaries Employ ‘Cyber Mercenaries’ (Threatpost) Also known as the Atlantis Cyber-Army, the emerging organization has an enigmatic leader and a core set of admins that offer a range of services, including exclusive data leaks, DDoS and RDP.

IowaWorks.gov website restored after cyber attack that caused outage (WQAD) The state says no user data was compromised and the delivery of unemployment benefit payments was not impacted.

Ransomware Group Says It Has Breached Colorado Town’s Network (GovTech) The town of Frederick, Colo., is currently investigating claims about a breach in their network. Officials are working with digital forensics experts to determine exactly if and how the community might be impacted.

Windows 11 is getting a new security setting to block ransomware attacks (ZDNet) Microsoft releases a new default policy to thwart credential attacks, which is also heading to Windows 10.

Microsoft resuming default block of Office VBA macros (The Record by Recorded Future) Microsoft confirmed that it is resuming the roll out of a popular change that blocked Visual Basic for Applications (VBA) macros by default in Office apps.

Google Releases Security Updates for Chrome (CISA) Google has released Chrome version 103.0.5060.134  for Windows, Mac, and Linux. This version addresses vulnerabilities that an attacker could exploit to take control of an affected system.   CISA encourages users and administrators to review the Chrome Release Note and apply the necessary updates.

Drupal Releases Security Update (CISA) Drupal has released security updates to address vulnerabilities affecting Drupal 9.3 and 9.4. An attacker could exploit some of these vulnerabilities to take control of an affected system.   CISA encourages users and administrators to review Drupal security advisory SA-CORE-2022-015 and apply the necessary update.

Do we need a cyber NATO to address the changing threat landscape? [Q&A] (BetaNews) The threat landscape facing enterprises is changing constantly. In recent months, major vulnerabilities like Log4j and malware-based threats have demonstrated the need for organizations to move quickly in order to defend themselves.

Why suspected Chinese spy gear remains in America’s telecom networks (POLITICO) In an already hectic year, Congress is now on the hook to find billions of dollars to help some 200 small U.S. telecom carriers finally rip out risky Chinese equipment.

Senators intro bill to foster federal move to quantum-resistant technology (The Record by Recorded Future) A bipartisan pair of senators on Thursday introduced legislation to motivate federal agencies to shift their information systems to quantum-resistant cryptography.

It’s not just the private sector — agencies are competing with each other for cyber talent (Federal News Network) OPM wants to level the playing field for agencies trying to recruit and retain cybersecurity specialists.

Where 5 programs are investing to close cyber skills gap (Cybersecurity Dive) In line with a White House driven push to close the cyber skills gap, technology firms, nonprofits and other organizations have launched a range of programs to develop a new generation of workers.

The Unsolved Mystery Attack on Internet Cables in Paris (Wired) As new details about the scope of the sabotage emerge, the perpetrators—and the reason for their vandalism—remain unknown.

Panama Papers whistleblower speaks out: ‘Politicians must act – now’ (the Guardian) In first public comments since 2016, leaker discusses their life in hiding and leaders’ failure to clamp down on tax havens

SEC lists nine crypto tokens as securities following Coinbase insider trading charges (The Block) The SEC has listed nine cryptocurrencies on Coinbase that it says are securities, providing more clarity on its views.

Massive Losses Define Epidemic of ‘Pig Butchering’ (KrebsOnSecurity) U.S. state and federal investigators are being inundated with reports from people who’ve lost hundreds of thousands or millions of dollars in connection with a complex investment scam known as “pig butchering,” wherein people are lured by flirtatious strangers online…

Admission of culpability leads to early end in trial of Razer’s S$10m claim against IT vendor over data leak (TODAY) A civil trial between gaming hardware maker Razer and its information technology (IT) vendor over a cybersecurity breach that led to the mass leak of Razer customers’ data came to an early end on Friday (July 22).