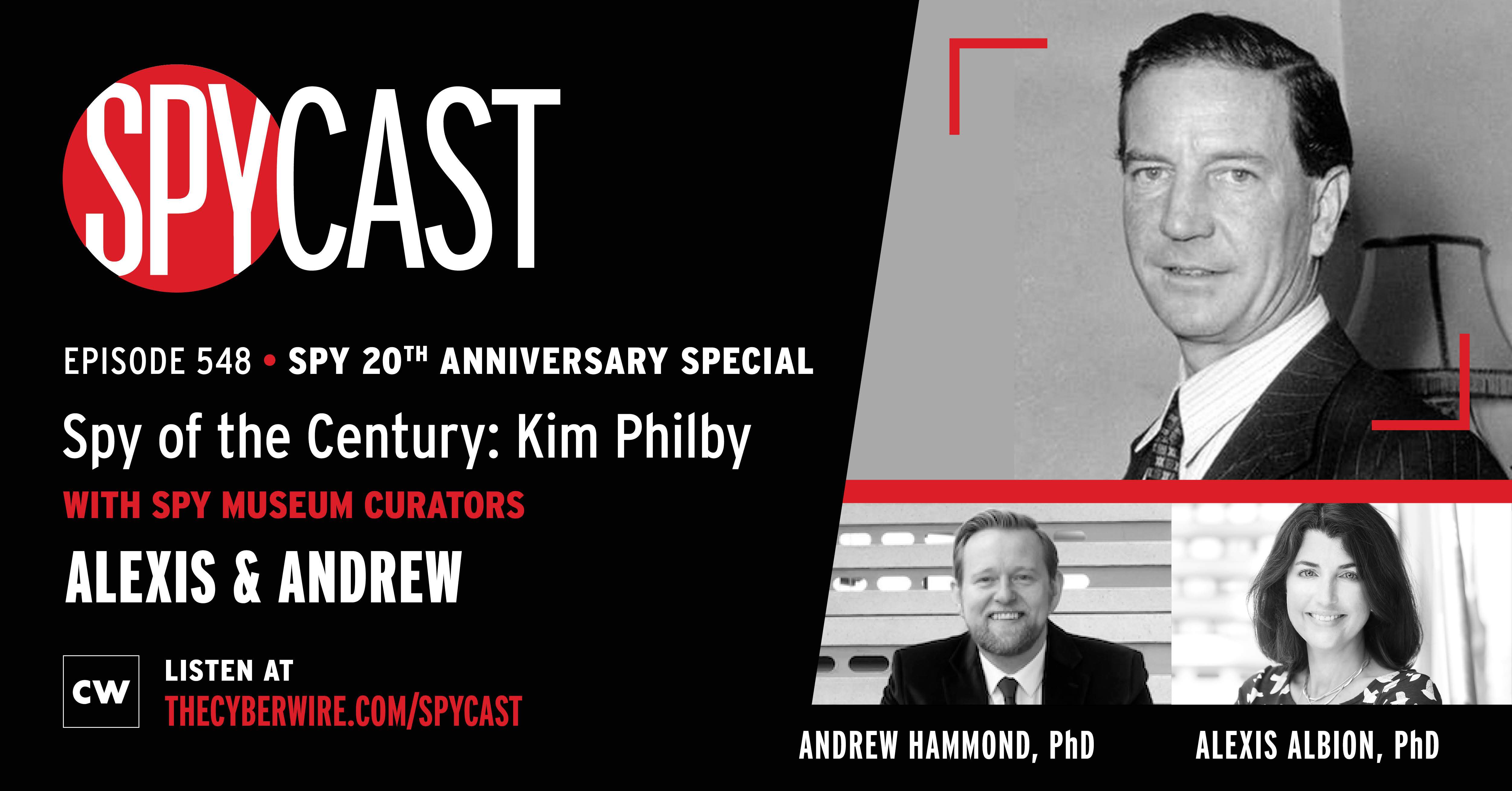 Alexis Albion (LinkedIn) joins Andrew (Twitter; LinkedIn) to discuss Kim Philby using some of his personal belongings as prompts. This episode on the Soviet mole inside MI6 coincides with SPY’s 20th Anniversary.

And much, much more…

The Cambridge Five are some of the most notable and notorious traitors in British history, and among them one man stands out in a way that has led some to call him, “The Spy of the Century,” MI6 officer Kim Philby. How did a quintessential Englishman who came from the “right” stock and went to the “right” schools become a Soviet mole? How did a genial chum come to haunt the corridors of British and American intelligence like a ghastly apparition?

Dr. Alexis Albion is this week’s guest and the Curator of Special Projects at the International Spy Museum. She was formerly on the 9/11 Commission Report, the World Bank and the U.S. Department of State.

In this is a first of a kind podcast, Alexis and Andrew sat down with some of Philby’s personal belongings drawn from our world-leading collection of artifacts on espionage and intelligence.

Harold Adrian Russell Philby acquired the nickname “Kim” from the main character in Rudyard Kipling’s novel Kim, an orphan-boy-cum-spy in British India. Kim and Philby also have the Punjab in common, the novel begins in Lahore and Philby was born in Ambala, although the historic region was partitioned between Pakistan and India in 1947. The drive between Lahore and Ambala is roughly similar to that between Los Angeles and San Francisco.

Quote of the Week

“So why is he The Spy of the Century? Maybe the fact that he’s not identified with any particular event or set of information [e.g., unlike Julius Rosenberg], but he’s identified with this idea of betraying his Englishness is perhaps why he’s been such a lasting figure because he almost is a touchpoint for the history of the 20th century and England. Great Britain’s demise is a great power.”