AiTM as a prelude to BEC. Silent card validation bot found. Smishing at the ECB. Shields up in Berlin. Hacktivism as a morale-builder. Patch notes. 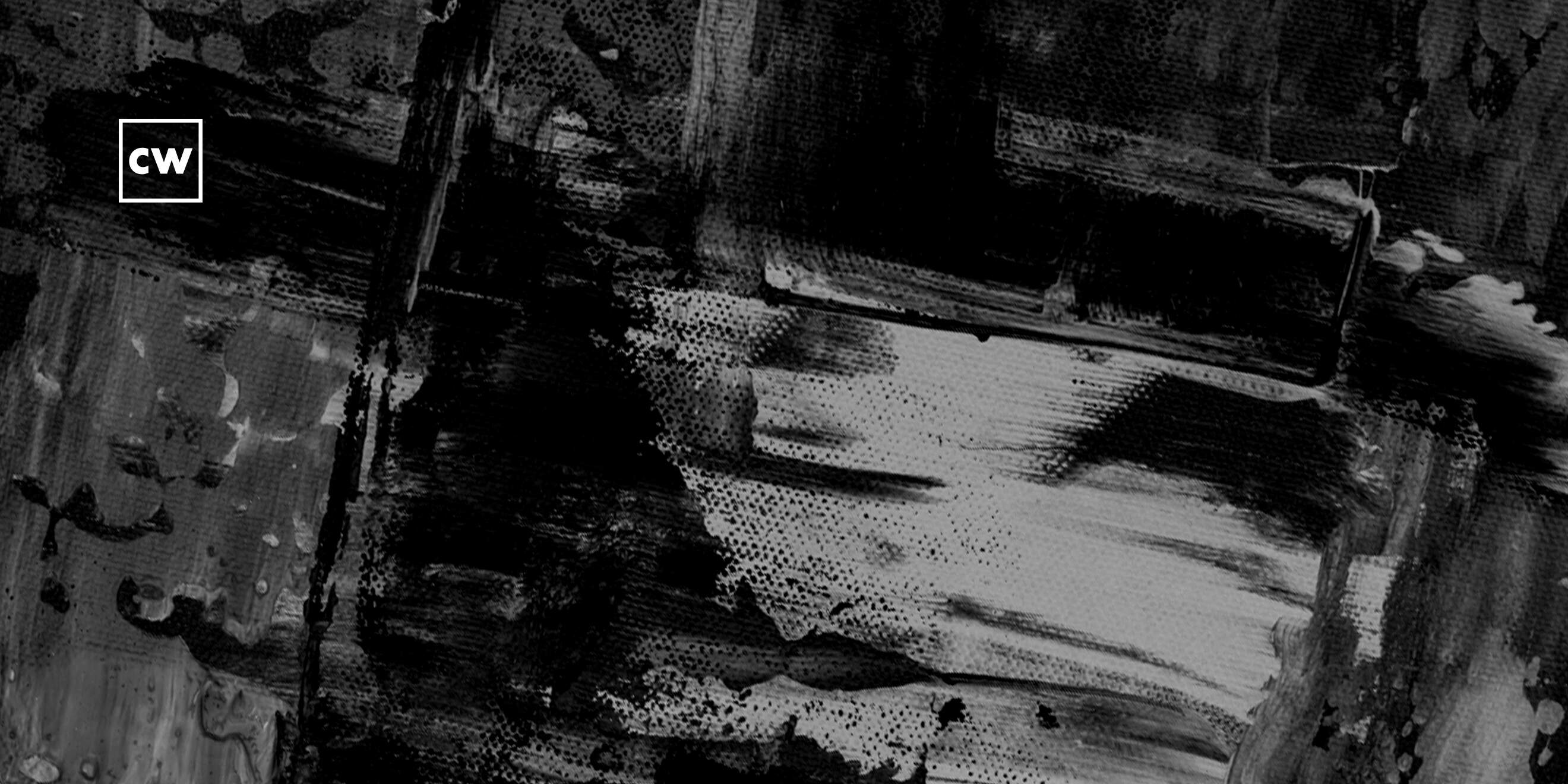 Ukraine at D+139: Hacktivism as morale-builder. (The CyberWire) Ukraine steps up its own artillery war against Russian command, logistical, and air defense organizations. Hacktivism as a morale-building exercise. Germany plans to shore up its defenses against possible Russian cyberattacks.

Russia Seems to Be Running Low on Drones (Defense One) The Russian military wrote the book on tactical drones in 2014. Now its leaders are begging foreign partners and regional officials to help replace downed UAVs.

Ukraine Is Now an EU Member Candidate. What’s Next? (Wilson Center) In the throes of an ongoing war with Russia, Ukraine was awarded EU candidate status. Ukrainians’ European dream is now much closer to reality. What does that mean for the future of Ukraine and a united Europe? In your opinion, what are the next steps for Kyiv and Brussels over the next two to three years? Four experts answer our questions.

The Red Mirror: How Putin Used National Trauma to Legitimize His Rule (Wilson Center) The gap between the West and Russia in terms of how the two sides perceive what is happening in Russia has been growing since 2006. In February of that year Vladislav Surkov used the term “sovereign democracy” (суверенная демократия) in a speech before members of the governing United Russia party to suggest that Russia’s democracy was special but still a democracy, present and future, even as the Freedom House rankings of democracy in Russia indicated otherwise. Russia was ranked “unfree” in 2004 for the first time and stayed so ever since.

DDoS attacks surge in popularity in Ukraine — but are they more than a cheap thrill? (The Record by Recorded Future) This past weekend, Russia’s major cinema chains were dragged into the war in Ukraine when, over a period of a few hours, their websites suffered a series of distributed denial-of-service (DDoS) attacks. Across the country, at least 80 cinemas, including Kinomax, Mori Cinema, Luxor and Almaz, were unable to sell tickets online.

Opinion | The Ukraine War Is About to Enter a Dangerous New Phase (New York Times) NATO is making one bet and Russia another.

Turkey to host four-way Russia, Ukraine and UN talks over grain (Al Jazeera) The meeting with Turkish officials comes as food prices soar around the world due to Russia’s invasion of Ukraine.

US, allies aim to cap Russian oil prices to hinder invasion (AP NEWS) With thousands of sanctions already imposed on Russia to flatten its economy, the U.S.

European Central Bank head targeted in hacking attempt (AP NEWS) The European Central Bank said Tuesday that its president, Christine Lagarde, was targeted in a hacking attempt but no information was compromised. The attempt took place “recently,” the Frankfurt-based central bank for the 19 countries that use the euro said in an emailed response to a query about a report by Business Insider.

PerimeterX Discovers New Silent Validation Carding Bot (PerimeterX) Bot mitigation and identity security should be top priorities for digital businesses when securing their websites against cyberattacks like carding and ATO.

Ongoing phishing campaign can hack you even when you’re protected with MFA (Ars Technica) Campaign that steals email has targeted at least 10,000 organizations since October.

CSC’s Research Uncovers Suspicious Domain Registration Surge Amid Baby Formula Supply Chain Crisis (CSC) CSC, a leader in the electronic document recording (eRecording) industry, is pleased to announce the addition of 45 new counties in 16 states to its growing network in the first quarter of 2022.

Fraud in the Time of COVID (DomainTools) In the early days of the Covid-19 pandemic, a Nigerian threat actor attempted to impersonate medical institutions in the US. In this blog, we’ll walk through the tactics

Play it safe: 5 reasons not to download pirated games (WeLiveSecurity) Downloading and playing pirated games is all fun and games until you get hacked – and this is just one risk of downloading cracked games.

More than $4.7M stolen in Uniswap fake token phishing attack (Cointelegraph) A phishing campaign targeting Uniswap v3 liquidity providers has seen at least $4.7 million stolen by attackers. The attack was initially thought of by some as a result of an exploit.

Millions in cryptocurrency stolen in phishing attacks on Uniswap users (The Record by Recorded Future) A phishing attack on users of the Uniswap decentralized exchange has caused millions in losses, according to Binance’s CEO.

IT giant restores systems after ‘malware attack’ crippled operations (The Record by Recorded Future) A New Jersey-based IT giant fully restored its systems following a wide-ranging July 4 incident that they called a “coordinated and professional malware attack.”

Morton’s and others brace as activists offer cash for SCOTUS sightings (Washington Post) In a city where the hottest new restaurants feature globe-trotting flavors, creative cocktails and menus that change with the seasons, the Washington location of Morton’s the Steakhouse feels like a relic

RTF Year Two: New Map; New Data: Same Mission (Institute for Security and Technology) It’s hard to believe over a year has passed since the founding of IST’s Ransomware Task Force and launch of the inaugural “Combating Ransomware” report, which provides a comprehensive framework for action.

New Cloud Security Alliance Survey Finds 67% of Organizations (CSA) Confidential Computing in use by 27% of respondents, and 55% have plans to deploy it to lock down data and workloads

Decade Retrospective: The State of Vulnerabilities (Trustwave) Trustwave team believed this was a suitable time to take a minute and review some of the watershed moments that had a major impact on cybersecurity between 2011 and 2021.

Startup Founded by Former Meta Crypto Execs Seeks $2 Billion Valuation (The Information) Mysten Labs—a startup founded by former Meta Platforms employees that is building a new blockchain for decentralized applications including gaming and social media networks—is in talks with investors about raising a Series B round of at least $200 million led by FTX Ventures, according to two …

Google to Slow Hiring for Rest of This Year (Wall Street Journal) Chief Executive Sundar Pichai tells employees in memo to be “more entrepreneurial” as search giant becomes the latest tech company to either pull back on new hires or trim staff.

CSA announces the launch of their Zero Trust Advancement Center and how it can help play a role in protecting IoT, IIoT and ICS systems, Podcast (Telecom Reseller) Daniele Catteddu, Chief Technology Officer with Cloud Security Alliance speaks to Don Witt of the Channel Daily News, a TR publication about the history of the CSA and what they have accomplished over the years and recently with the launch of the Zero Trust Advancement Center. The goal of the ZTAC is provide best practices, recommendations, training and education and awareness on Zero Trust.

Testing resiliency against malicious package attacks: a double-edged sword? (JFrog) The JFrog Security research team continuously monitors popular open-source software (OSS) repositories with our automated tooling to avert potential software supply chain security threats, and reports any vulnerabilities or malicious packages discovered to repository maintainers and the wider community. At times, we notice trends that are worth analyzing and learning from. Recently, we’ve noticed a …

The Race Is On to Fight a Cyber Threat That Doesn’t Exist (Washington Post) The cybersecurity community was set alight last week by the announcement of new cryptographic algorithms designed to protect our digital futures. Now the race is on to roll out software and hardware that will secure computers against a threat that still only exists in theory.

NIST’s Post-Quantum Cryptography Work at a ‘Critical Point’ (SDxCentral) NIST revealed the first group of winners from its post-quantum cryptography competition and looks to expand and diversify the selections.

China’s Suspected IP Thieves Targeted by Twins’ Utah Startup (Bloomberg) Strider Technologies scours open-source data in China to identify technologies most at risk of being stolen — and the people who might be tempted to steal them. China’s government calls IP theft allegations ‘malicious slandering.’

Need to set up cyber command (The Hans India) Addressing the national conference on ‘Cyber Safety and National Security’, the Home Minister Amit Shah mentioned that the government is fully alert to all kinds of cyber threats and upgrading its…

Biden Presses for Israeli-Arab Security Ties to Come Out From the Shadows (Wall Street Journal) President Biden’s four-day trip to Israel and Saudi Arabia could test the limits of how openly Arab countries are willing to embrace Israel.

The Online Safety Bill could lead to the biggest curtailment of free speech in modern history (The Telegraph) Internet regulation is necessary. But the unintended consequences of legislation returning to the Commons are potentially disastrous

House poised for NDAA floor debate (Roll Call) The most consequential amendments on the defense policy bill may or may not be the ones that draw the most rhetorical heat.

Amazon’s Ring gave a record amount of doorbell footage to the government in 2021 (TechCrunch) The doorbell maker said it turned over user content in response to about four out of ten demands it received.

Former elections manager arrested in Peters case (The Grand Junction Daily Sentinel) A third suspect has been arrested in connection to Mesa County Clerk Tina Peters and her so-far failed attempt to prove something was amiss with the 2020 presidential election.

FTC to Crack Down on Sites That Claim Your Data Is ‘Anonymized’ When It’s Not (PCMAG) ‘Companies that make false claims about anonymization can expect to hear from the FTC.’

Twitter Sues Elon Musk to Enforce $44 Billion Merger (Wall Street Journal) Twitter sued Elon Musk over the billionaire’s attempt to walk away from his $44 billion takeover bid, seeking to force him to honor the terms of the deal.

Twitter Sues Musk After He Tries Backing Out of $44 Billion Deal (New York Times) The question of whether Elon Musk must buy Twitter, as he agreed to do in April, is headed to a court in Delaware.

The FBI Keeps Losing Desktop Computers (Vice) The FBI lost over 200 computers and other items such as night-vision scopes last year, according to internal records obtained by Motherboard.