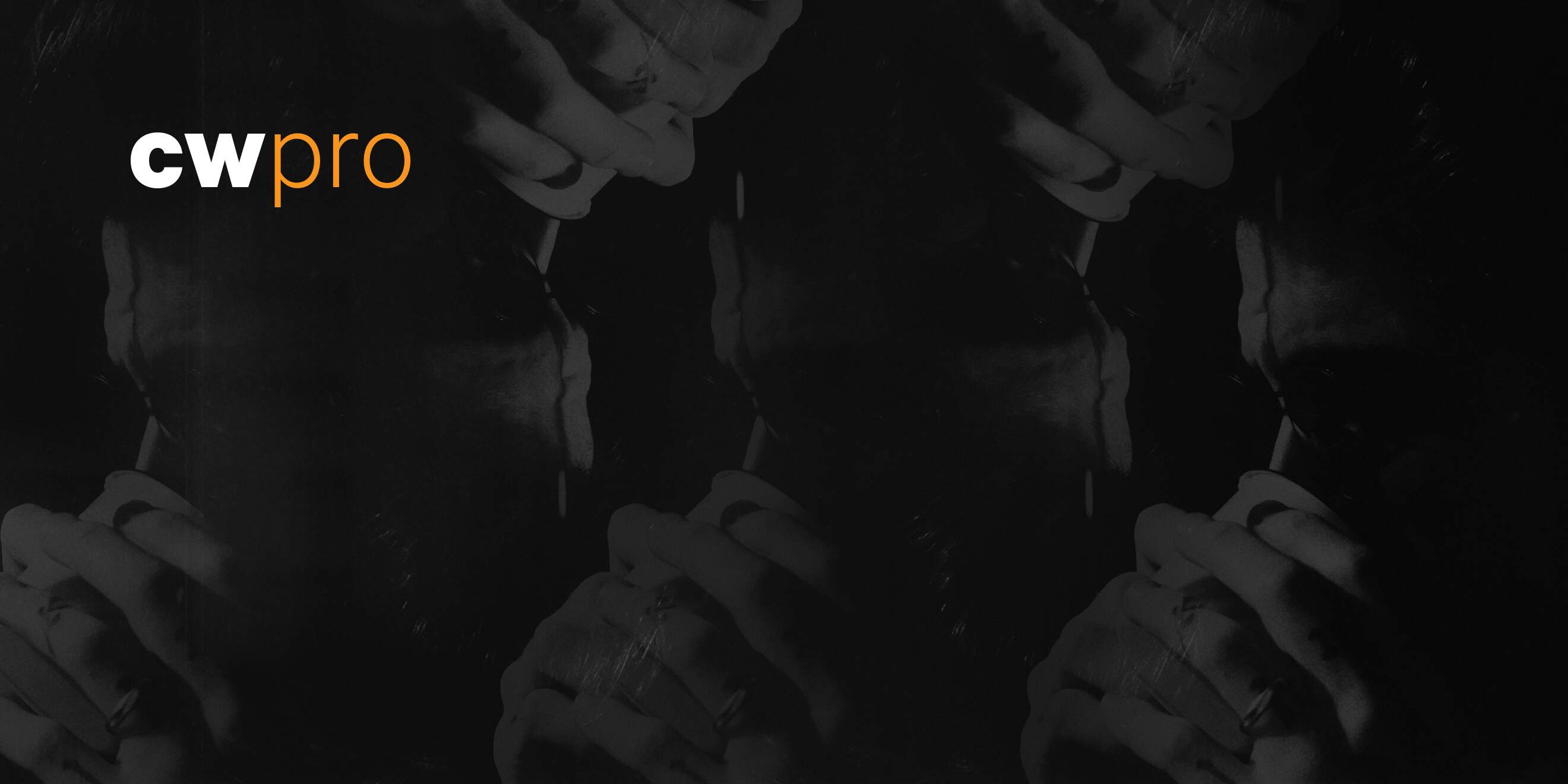 Influence operations in the interest of national market share.

China has been engaging, Reuters reports, in an influence operation directed at arousing popular protests against Australian, Canadian, and US rare-earth mining companies. The sector is one in which China has a significant national interest, and the firms singled out for attention include Lynas Rare Earths Ltd, Appia Rare Earths and Uranium Corp, and USA Rare Earth. The campaign, “Dragonbridge,” discovered and named by Mandiant, seems aimed at market dominance. It makes heavy use of inauthentic social media personae. Mandiant said in its report, “The campaign used inauthentic social media and forum accounts, including those posing as residents in Texas to feign concern over environmental and health issues surrounding the plant, including via posts to a public social media group predisposed to be receptive to that content,” Dragonbridge doesn’t seem, so far, to have been particularly effective, but Mandiant thinks the approach on display, particularly the microtargeting of the audience it seeks to reach, bears watching.

The US Department of Defense is taking the operation seriously. A statement the Pentagon issued Tuesday said, in part, “The Department of Defense is aware of the recent disinformation campaign, first reported by Mandiant, against Lynas Rare Earth Ltd., a rare earth element firm seeking to establish production capacity in the United States and partner nations, as well as other rare earth mining companies. The department has engaged the relevant interagency stakeholders and partner nations to assist in reviewing the matter…. DoD appreciates the diligence of Mandiant in identifying this disinformation campaign, and will continue to work with our partners to provide accurate information related to this and other supply chain investments.”

Microsoft’s much-discussed report, “Defending Ukraine: Early Lessons from the Cyber War,” includes an account of Russian targeting in the cyber phases of its hybrid war against Ukraine. “Russian targeting has prioritized governments, especially among NATO members,” the report says. “But the list of targets has also included think tanks, humanitarian organizations, IT companies, and energy and other critical infrastructure suppliers.” While Russian cyber operations have, as many have observed, fallen as far short of the widespread devastation of infrastructure as Russian combined arms operations fell short of the conquest of Kyiv (both widely expected), they’ve enjoyed some success. “Since the start of the war, the Russian targeting we’ve identified has been successful 29 percent of the time. A quarter of these successful intrusions has led to confirmed exfiltration of an organization’s data, although as explained in the report, this likely understates the degree of Russian success.”

About twelve percent of the organizations targeted were non-governmental organizations “that most typically are either think tanks advising on foreign policy or humanitarian groups involved in providing aid to Ukraine’s civilian population or support for refugees.” Recorded Future notes that think tanks often appear on intelligence services’ target lists.

It’s not difficult to see why. In many countries think tanks serve as holding pens for shadow subcabinets. In the US, for example, when there’s a change in Administration, a lot of the Assistant Secretaries of (your Cabinet Department here) will have come from stints at Brookings, or the JFK School, or CSIS, or the Manhattan or Heritage or Hoover institutes. The think tanks are well-connected with governments and can be conduits of access and insight for a hostile intelligence service. The think tanks are also sources of influence, and shaping their output offers the promise of amplifying points-of-view a hostile government might wish to see gain currency, especially among elites. In the Russian system, Microsoft’s report says, think tanks are the special province of the SVR, the foreign intelligence descendant of the KGB.

A Russian missile strike on Monday hit a shopping mall in the Ukrainian city of Kremenchuk, south of Kyiv and west-northwest of Dnipro, well outside the area of active fighting in the Donbas. Reuters and multiple other sources report that more than a thousand people were in the mall at the time of the strike; the official preliminary casualty report from Ukraine puts the dead at sixteen, with fifty-nine injured. It was a civilian, not a military target. There are only three possibilities: either the Russians misidentified the mall as a military target (in an intelligence failure) or the weapons failed to hit whatever else they may have been aimed at (in an operational failure), or the Russian air force knew exactly what it was shooting at (and hit it). Ukraine has adopted the third explanation, which indeed is by far the most likely, and denounced the strike as as act of terrorism. “This is not an accidental hit, this is a calculated Russian strike exactly onto this shopping centre,” Ukrainian President Zelenskiy said in an address yesterday evening.

The Briitsh MoD thinks it possible that Monday’s Russian missile strike may have been aiming for some nearby “infrastructure target,” but that seems a charitable interpretation: “There is a realistic possibility the missile strike on the Kremenchuk shopping centre on 27 June 2022 was intended to hit a nearby infrastructure target. Russia’s inaccuracy in conducting long range strikes has previously resulted in mass civilian casualty incidents, including at Kramatorsk railway station on 9 April 2022. Russian planners highly likely remain willing to accept a high level of collateral damage when they perceive military necessity in striking a target. It is almost certain that Russia will continue to conduct strikes in an effort to interdict the resupplying of Ukrainian frontline forces. Russia’s shortage of more modern precision strike weapons and the professional shortcomings of their targeting planners will highly likely result in further civilian casualties.” Fewer precision, long-range strike weapons in the inventory could indeed contribute to higher rates of civilian casualties, but a more proximate contributing cause is the Russian army’s indifference to protection of noncombatants.

Moscow did not at once comment on the attack, but Dmitry Polyanskiy, Russia’s deputy ambassador to the United Nations, dismissed the incident as opportunistic Ukrainian propaganda, perhaps an outright provocation. “One should wait for what our Ministry of Defence will say, but there are too many striking discrepancies already,” Mr. Polyanskiy said. It was unclear what those discrepancies might be, but Russia eventually put out its own narrative, as Russian Foreign Ministry spokeswoman Maria Zakharova dismissed the strike as a Ukrainian “false flag” operation. She said that the strike hit a Kredmash plant adjacent to the mall, “which was the place storing the weapons and munitions delivered by the US and the EU countries to be sent to a UAF force in Donbas.” Russia’s Ministry of Defense provided its own take on the missile strike, delivered over the Ministry’s Telegram channel. In brief, the Ministry sees it as a righteous, thoroughly professional strike carried out with due competence and respect for the usages of war: “The Armed Forces of the Russian Federation continue to strike at military facilities on the territory of Ukraine. On June 27, in the city of Kremenchug, Poltava region, the Russian Aerospace Forces delivered a strike with high-precision air-based weapons on hangars with weapons and ammunition received from the United States and European countries, in the area of ​​the Kremenchug plant of road vehicles.” The damage to the shopping mall? It was Ukraine’s fault, and, beside, that mall was no longer in use. “As a result of a high-precision strike, Western-made weapons and ammunition concentrated in the storage area for further shipment to the Ukrainian group of troops in Donbass were hit. The detonation of stored ammunition for Western weapons caused a fire in a non-functioning shopping center located next to the plant.”

Ukrainska Pravda is having none of it (“Russian military openly lies that they were striking hangars storing weapons in Kremenchuk,” their headline reads) and Ukrainska Pravda is certainly right about the shopping center being in use, and full of the civilian shoppers the Kremlin says weren’t there. The outlet also quotes Ukrainian officials to the effect that there are no military installations of any kind within five kilometers of the mall. The AP has an account of the strike from its survivors. Imagery from the site itself and from satellites conclusively shows one direct hit on the mall itself, caving in the roof. The second missile hit a factory about a kilometer away. The BBC has published a point-by-point fact check that debunks the Russian disinformation.

The strike seems to have stiffened Western opinion against Russia’s war. France’s President Macron, for example, in the course of condemning the strike said that Russia “cannot and should not win” its war. Ukraine was joined not only by NATO and other sympathetic powers in its condemnation, but by the United Nations as well, which called the attack “utterly deplorable,” and it was deplorable whatever the casualties ultimately turn out to be. UN Spokesperson, Stéphane Dujarric said, “Any sort of civilian infrastructure, which includes obviously shopping malls, and civilians, should never ever be targeted.”

An incident seen through eyes with different interests.

Russian forces have abandoned Snake Island in the Black Sea under Ukrainian fire. Ukraine says it forced Russian occupiers off the island, and that their loss of Snake Island will make it more difficult for Russia to operate against Ukraine’s Black Sea coast. Russia, the Guardian reports, says it didn’t happen this way, that Russia removed its forces as planned because they’d accomplished their mission, which was “controlling the airspace.” And, the Russian Ministry of Defense adds, it was a humanitarian gesture intended to make it easier to move grain from ports in the region. “In order to organise humanitarian grain corridors as part of the implementation of joint agreements reached with the participation of the UN, the Russian Federation decided to leave its positions on Zmiinyi Island,” the Ministry said in a statement that also blamed Ukrainian mines for creating a hazard in the sealanes. Ukraine’s claims of a victory are, Russia says, quite spurious. Leaving Snake Island? We meant to do that.

The Russian account reminds us of Robert Graves’s poem about truth in wartime, “The Persian Version.”

“Truth-loving Persians do not dwell upon

“The trivial skirmish fought near Marathon.

“As for the Greek theatrical tradition

“Which represents that summer’s expedition

“Not as a mere reconnaisance in force

“By three brigades of foot and one of horse

“(Their left flank covered by some obsolete

“But as a grandiose, ill-starred attempt

“To conquer Greece – they treat it with contempt;

“And only incidentally refute

“Won by this salutary demonstration:

“Despite a strong defence and adverse weather

“All arms combined magnificently together.”