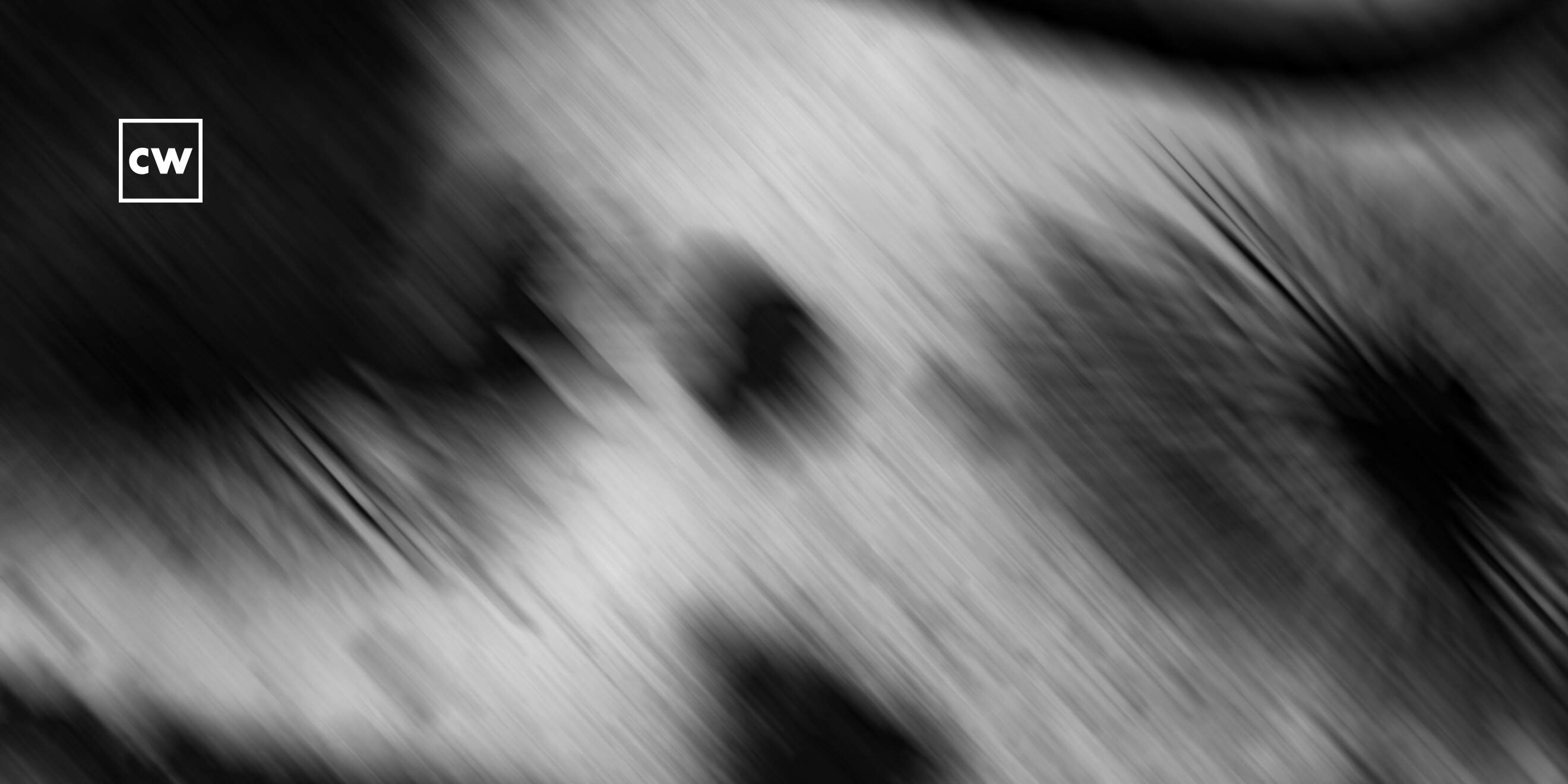 Ukraine at D+125: Disinformation on Kremenchuk. (The CyberWire) Russia concentrates on the Donbas as Ukraine retakes ground near Kherson in the south. Moscow says the missile strikes on the Kremenchuk shopping center were a Ukrainian provocation. NATO takes a harder line on Russia as Turkey withdraws its objection to membership by Sweden and Finland. Cyberattacks against Lithuania seem to fall short of triggering Article 5 (kinetically, at least).

Near Kherson, Ukrainians regain territory in major counteroffensive (Washington Post) At a school where Russian forces had set up a base in Ukraine’s southern Kherson region, three of their armored personnel carriers remained on the property — for now. They were damaged when Ukraine’s military recently forced the occupying soldiers back from this area. Over the weekend, three locals hammered at one vehicle to salvage spare parts.

The Real Key to Victory in Ukraine (Foreign Affairs) Why sustaining the fight is everything in a war of attrition.

Ukrainian survivor: Only a ‘monster’ would attack a mall (AP NEWS) The mall was nothing extraordinary, but in the middle of a war it was an escape for those in this Ukrainian city who had decided not to flee. Then it exploded in a Russian airstrike .

Whilst the G7 dithers, Putin is rebuilding his strategic power (The Telegraph) China, Egypt, India, and Saudi Arabia are all strengthening their relationships with the Kremlin, despite the West’s warnings

Ukraine Is the Korean War Redux (Foreign Policy) Russia’s invasion heralds the transition to a new global order—but it will be less stable than the Cold War.

Physically tough, boring in person and dangerous when cornered: lessons from a new Putin biography (The Telegraph) Philip Short’s Putin, the result of hundreds of interviews, is illuminating – but with a subject this volatile, it already feels out of date

The Source of Ukraine’s Resilience (Foreign Affairs) How decentralized government brought the country together.

Biden must rally against a Russia-led UN ‘cybercrime treaty’ (The Hill) In the midst of Russian-led cyber attacks against Ukraine and attempts to probe critical United States infrastructure, the United Nations began negotiations to draft a new cybercrime treaty. Improb…

Could the Russian cyber attack on Lithuania draw a military response from NATO? (Sky News) A cyber attack has been launched against Lithuania by a Russian hacking group – albeit one that denies a connection with Vladimir Putin’s government. It has come about after the NATO member blocked Russia’s access to its Kaliningrad exclave.

Microsoft’s Defending Ukraine report offers fresh details on digital conflict and disinformation (CSO Online) Russia will use what it learned from its destructive cyber actions in Ukraine for other operations. “There is no going back to normal.”

NATO set to expand as Turkey backs membership for Sweden, Finland (SeekingAlpha) Finland and Sweden have taken a major step towards NATO membership after Turkey flipped its position to support the countries joining the world’s most powerful military alliance

Erdogan agrees to NATO expansion at Madrid summit (Al Jazeera) Turkey agreed to lift opposition to Sweden and Finland joining NATO, a breakthrough in an impasse clouding the summit.

The NATO summit is chance to wean Europe off US military might (Defense News) In Madrid, Biden ought to drive a hard bargain with America’s European allies.

U.S. Sending Metal Shark Maritime Combat Boats to Ukraine, Company Says (USNI News) Louisiana-based company Metal Shark announced Tuesday that the U.S. would send six of its maritime combat vessels to Ukraine as part of the $450 million aid the White House announced last week. The White House said it would send 18 patrol boats to Ukraine as part of the latest assistance package, but would not identify …

Pro-PRC DRAGONBRIDGE Influence Campaign Targets Rare Earths Mining Companies in Attempt to Thwart Rivalry to PRC Market Dominance (Mandiant) Since June 2019, Mandiant has reported to customers on an influence campaign known as DRAGONBRIDGE, comprising a network of thousands of inauthentic accounts across numerous social media platforms, websites, and forums that have promoted various narratives in support of the political interests of the People’s Republic of China (PRC). We have since observed multiple shifts in DRAGONBRIDGE tactics, and in September 2021, we reported on an expansion of this campaign’s activity.

RansomHouse Extortion Group Claims AMD as Latest Victim (RestorePrivacy) Update: AMD has acknowledged the potential breach and has provided us with a statement. RansomHouse, a relatively new data-extortion cybercrime group, has announced a major new victim. Today, the group published a new update on its darknet site and are claiming to have breached Advanced Micro Devices (AMD), the large chip manufacturing company. RansomHouse is …

The Link Between AWM Proxy & the Glupteba Botnet (KrebsOnSecurity) On December 7, 2021, Google announced it had sued two Russian men allegedly responsible for operating the Glupteba botnet, a global malware menace that has infected millions of computers over the past decade. That same day, AWM Proxy — a…

Apple revokes certificates for spyware app ‘Hermit’ distributed outside the App Store (9to5Mac) Google’s Threat Analysis Group (TAG), a group that specializes in tracking and analyzing government-backed hacking and attacks, recently published research on “Hermit” – a spyware that can compromise Android and iOS devices. Luckily, Apple has already found a way to stop the spread of this specific spyware on its devices. As shared on TAG’s official […]

LockBit 3.0 Ransomware Emerges With Bug Bounty Program (SecurityWeek) The LockBit 3.0 ransomware operation has been launched and it includes a bug bounty program offering up to $1 million.

U.S. Bank of the West Found a Debit Card Stealing Skimmers on ATMs (Cyber Security News) Initially, a wave of suspicious withdrawal attempts that originated in November 2021 was identified by the bank. However, a more in-depth investigation has been conducted by the bank in coordination with law enforcement to get a proper conclusion..

Digital Shadows Weaken Your Attack Surface (Security Intelligence) Your travels through the internet cast a digital shadow. See how employers can lock this down to prevent attackers from having a hidden way inside.

Cloud security risks remain very human (InfoWorld) Most of us picture cloud security threats as bad actors in some hostile country. More often, it’s you and your coworkers.

2022 CWE Top 25 Most Dangerous Software Weaknesses (CISA) The Homeland Security Systems Engineering and Development Institute, sponsored by CISA and operated by MITRE, has released the 2022 Common Weakness Enumeration (CWE) Top 25 Most Dangerous Software Weaknesses list. The list uses data from the National Vulnerability Database to compile the most frequent and critical errors that can lead to serious vulnerabilities in software.

The State of Vulnerability Management (NopSec) Unremediated vulnerabilities are open doors that let malicious actors walk right through. Today, security teams are challenged enough by finding and shutting those open doors to keep their organization safe. Keeping track of those vulnerabilities and responding quickly and efficiently is one challenge—finding openings they might not even know about is another.

Opinion | This Is What Happens When Tech Executives Start Believing Their Own Hype (New York Times) Silicon Valley breeds narcissists who run their companies as ideological vanity projects.

W3C to become a public-interest non-profit organization (W3C Media Advisory) The World Wide Web Consortium is set to pursue 501(c)(3) non-profit status. The launch as a new legal entity in January 2023 preserves the core mission of the Consortium to shepherd the web by developing open standards with contributions from W3C Members, staff, and the international community.

Huawei partners with U.S. publication it accused of bias to win new supporters (The Washington Times) Huawei’s new charm offensive to win over skeptics in the free world includes a fresh target: the media.

Cisco Joins Forces with GDIT to Deliver Private 5G (Cisco) GDIT and Cisco are expanding on a 30+ year partnership to drive innovation for digital transformation in government. Together, Cisco and GDIT can provide government agencies with simple and intuitive private 5G solutions for IoT and edge use cases.

Introducing the New Verint – a New Cloud Platform and More AI (No Jitter) The company’s focus on CX has evolved through acquisitions and a growing AI portfolio.

IBM’s first cloudy mainframes scheduled to launch June 30 (Register) It’s not IaaS, it’s reserved for test and dev – and will feed the golden goose that is the z/OS ecosystem

Council Post: Reflections Of A Former Hacker: How Leaders Can Protect Their Business From Cyber Threats (Forbes) As digital transformation and hybrid work-life present new opportunities for attackers, many older threats continue to cause problems for organizations.

Why digital trust needs to be a strategic imperative for your company (Help Net Security) Connectivity is soaring and digital transformation is accelerating, making it critical for everyone to invest in digital trust.

Hotel companies prioritise guest experience by improving cybersecurity capabilities – Intelligent CIO Middle East (Intelligent CIO Middle East) Hotel providers continually strive to offer more seamless and secure experiences to their guests and cybersecurity undoubtedly plays a big part in this. Here we take a look at why Germain Hotels has made Canary Technologies’ digital credit card authorisation solution the standard across all its properties, as well as how Jumeirah Hotel Group is […]

‘Supercookies’ Have Privacy Experts Sounding the Alarm (Wired) A German ad-tech trial features what Vodafone calls “digital tokens.” Should you be worried?

Commercial cyber products must be used responsibly, says NCSC CEO (ComputerWeekly.com) NCSC’s Lindy Cameron is to speak out on responsible regulation of cyber capabilities at an event in Tel Aviv, Israel.

House Armed Services Committee concerned with state of Navy cyber readiness (FedScoop) The House Armed Services Committee is pushing the Navy to create a singular and special work role dedicated to cyberspace matters and is willing to play hardball with the service to get it to do so, according to a provision in its version of the fiscal 2023 National Defense Authorization Act. Not having such a […]

Canada’s national police force admits use of spyware to hack phones (POLITICO) The RCMP says it needs to use malware because encryption has made surveillance “exponentially more difficult.”

‘An Invisible Cage’: How China Is Policing the Future (New York Times) Vast surveillance data allows the state to target people whose behavior or characteristics are deemed suspicious by an algorithm, even if they’ve done nothing wrong.