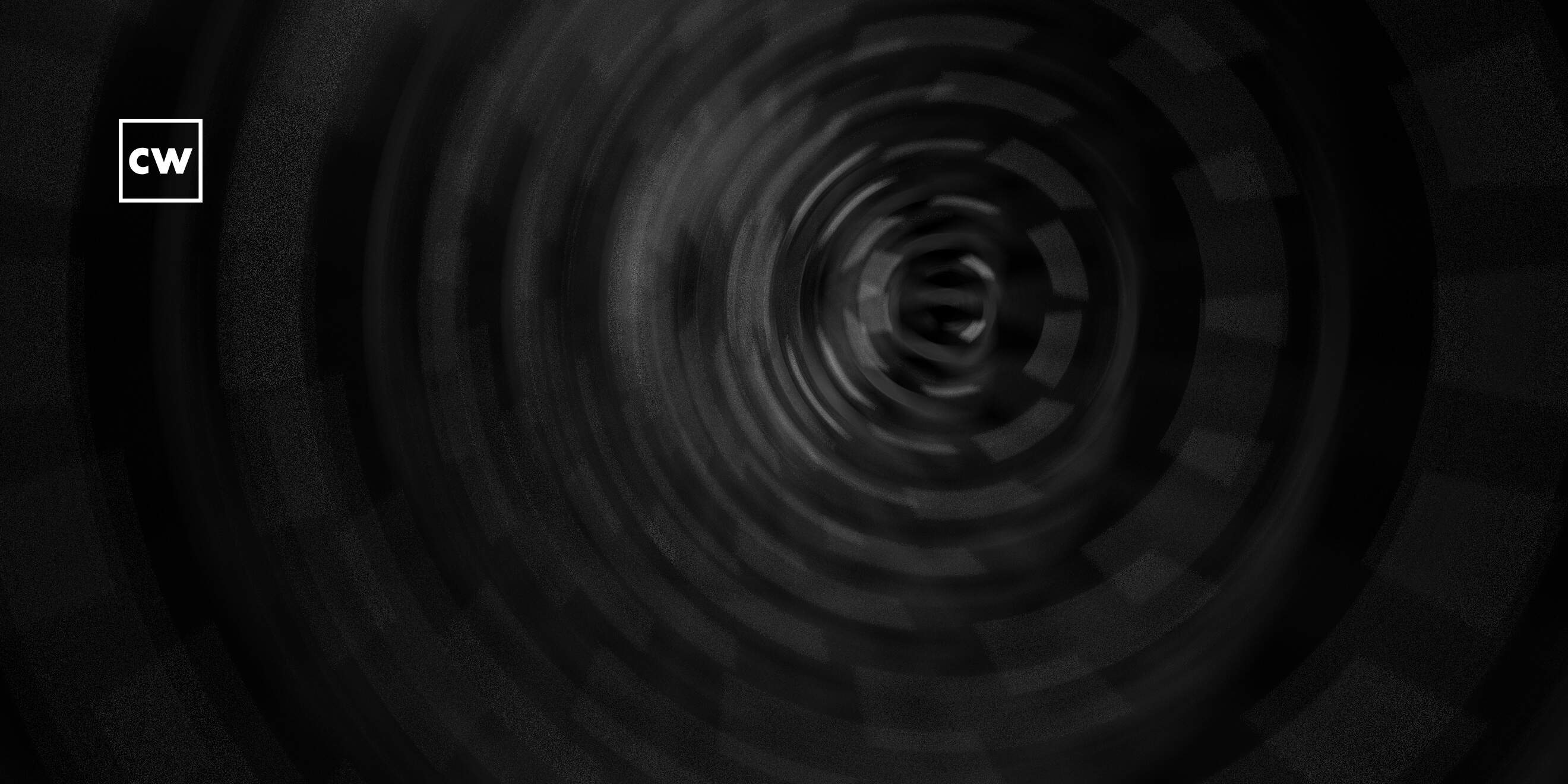 Ukraine at D+118: Phishing for intelligence. (The CyberWire) As Russia’s brutal reduction of Ukrainian cities continues, cyber operations resurface in the form of phishing expeditions against Ukrainian targets.

Ukraine war: Fires ablaze in Mykolaiv after Russia launches seven missile strikes (The Telegraph) Russian missile strikes have killed at least one person and damaged a school in the southern Ukrainian city of Mykolaiv.

How Kaliningrad, Russian land ringed by NATO, is tangled in Ukraine war (Washington Post) The Russian exclave of Kaliningrad, hundreds of miles west of the rest of the country, is the latest flash point between Moscow and the rest of Europe as the fallout from Russian President Vladimir Putin’s war reverberates beyond Ukraine.

A first look inside occupied Mariupol, a city rebuilding itself yet surrounded by death (The Telegraph) Rare access shows bodies filling makeshift morgues as markets spring up and school terms begin again in obliterated city

Ukraine must not settle for ‘s—-y peace’, Boris Johnson to tell G7 (The Telegraph) Prime Minister will push Western leaders to strengthen their support for Ukraine amid concerns allies are experiencing ‘war fatigue’

U.S. attorney general visits Kyiv as heavy fighting continues in Luhansk (Washington Post) U.S. Attorney General Merrick Garland met with Ukraine’s top prosecutor Tuesday during an unannounced trip to Kyiv. Garland, announcing the launch of a U.S. “war crimes accountability team,” pledged to “pursue every avenue of accountability for those who commit war crimes and other atrocities in Ukraine.”

Opinion This isn’t just Ukraine’s war. It’s our war, too. Act accordingly. (Washington Post) U.S. military assistance to Ukraine has been good — but not good enough. In part, that’s because of a conceptual error we keep making. We keep thinking it’s their war. We should understand that this is our war — and act accordingly.

Putin threatens to deploy new nuclear missile by year end – and it could hit Britain within three minutes (The Telegraph) Tensions escalate as Russian leader warns that he will launch intercontinental ballistic weapon, nicknamed ‘Satan II’

What the Fall of Empires Tells Us About the Ukraine War (Foreign Policy) Russia’s war can only be understood as a bloody post-imperial conflict.

U.S. works to scale up intelligence networks in Central Asia (Washington Post) With no basing options in the region, the Pentagon is exploring a new approach to counterterrorism by cultivating human intelligence while tiptoeing around Russia

Russian Electronic Warfare Drone Shot Down in Ukraine: Report (The Defense Post) Russia’s experimental electronic warfare drone has reportedly been shot down in Ukraine amid its ongoing invasion of the country.

Opinion How Russia’s vaunted cyber capabilities were frustrated in Ukraine (Washington Post) A quiet partnership of the world’s biggest technology companies, U.S. and NATO intelligence agencies, and Ukraine’s own nimble army of hackers has pulled off one of the surprises of the war with Russia, largely foiling the Kremlin’s brazen internet hacking operations.

Intel Reveals Putin Plan to Weasel His Way Into American Hearts (The Daily Beast) A May intelligence briefing from a Department of Homeland Security intel shop obtained by The Daily Beast offers clues about the dirty tricks Putin is using against Americans.

Was the Freeport Liquified Natural Gas (LNG) explosion that forced Europe to keep buying Russian natural gas a control system cyberattack? (Control Global) Freeport said its preliminary determination of the June 8, 2022 explosion was that one of the facility’s LNG transfer lines was over pressurized and ruptured, which caused a “rapid flashing of LNG and the release and ignition of the natural gas vapor cloud.”

Violence, rhetoric, hate speech, drive atrocity crimes in Ukraine and beyond, Security Council hears (UN News) The UN Special Adviser on the Prevention of Genocide briefed the Security Council on Tuesday, reinforcing concerns already voiced by other senior UN officials in the chamber, over “the heightened risks” of sexual violence, and trafficking, which are “significantly impacting women and children”, following the Russian invasion of 24 February.

Echoes of Spain’s NATO membership in Swedish, Finnish bids (Breaking Defense) “The coming of Sweden and Finland will not look like the Eastern expansion, but more akin to the Spanish development, whereby older national traditions are re-defined and new defense approaches shaped,” writes Robbin Laird.

Japan has always been refugee-averse. Then Ukraine happened. (Washington Post) Since Russia’s invasion of Ukraine, refugee-averse Japan has accepted more than 1,300 people fleeing the conflict and provided social services to help them assimilate — a rare and surprising move that could mark a turning point for the country’s long-standing restrictions on those fleeing violence and persecution.

Russia is now China’s biggest oil supplier, overtaking Saudi Arabia as Western demand for its crude has dropped (Business Insider) Imports of Russian oil to China have risen 55% over the past year, according to data from the Chinese General Administration of Customs.

‘Everything’ in app popular with US troops is ‘seen in China,’ new report says (Task & Purpose) Data “was accessed far more frequently and recently than previously reported,” according to BuzzFeed.

‘The Lazarus Heist’ Is the Gripping Story of North Korean Cybercrime (Foreign Policy) Worryingly, Washington’s concern does not rise to the level of the danger.

Major internet outage knocks hundreds of websites out of action (Metro) Discord, Shopify, Peloton and JustEat are some of the sites affected, returning an error message to users.

Cloudflare outage on June 21, 2022 (Cloudflare) Today, June 21, 2022, Cloudflare suffered an outage that affected traffic in 19 of our data centers. Unfortunately, these 19 locations handle a significant proportion of our global traffic. This outage was caused by a change that was part of a long-running project to increase resilience in our busiest locations.

These cyberthreat actors present the most risk to insurance (PropertyCasualty360) CyberCube reveals the motivations of the digital ne’er-do-wells most likely to strike Western businesses.

Delivery firm Yodel disrupted by cyber attack (IT PRO) The company confirmed that some services are down but deliveries are continuing, though specific details are currently unknown

Cybersecurity researchers face real-life threats (CSO Online) Investigations into both cybercriminal and nation-state actors can have consequences. Some researchers have upgraded their physical security.

Cyber Funding, Plentiful for Years, Faces a Reckoning (Wall Street Journal) Venture capital money has poured into cybersecurity companies in recent years. Now fears of a recession and disruption in the wider technology market are beginning to curb investments.

French Encryption Firm Cosmian Raises $4.4 Million (SecurityWeek) French deep tech firm Cosmian has raised €4.2 million in a venture funding round that brings the total raised by the company to €5.6 million

Birmingham metro sees cybersecurity job growth, exceeds national trends (Alabama Inno) Job openings for more than 10,500 cybersecurity positions were advertised by Alabama employers during the 12-month period that ended in April, and 1,788 of them were in the Birmingham-Hoover metro area.

Juni signs for combined ID verification and Know Your Business services from iDenfy (Finextra) The Lithuanian identity verification and compliance company iDenfy, joined forces with Juni, the financial management platform made for ecommerce.

Acronis Cyber Protect Home Office: More than just a backup solution (TechRepublic) The number of cybersecurity protection tools on the market is staggering, which makes it challenging to decide which to use. Acronis has one tool that stands out in the pack. Read on to see if this tool is right for you.

Why Hackers Are Winning the Ransomware Game (CPO Magazine) The threat landscape is in a constant state of flux. While malicious activity is incessant and we know it will continually occur, the methods and the rates of which threat actors target victims continues to morph and ransomware has begun to take center stage.

How a new risk culture can ensure more IT security (Funkschau) The last two years have made it clear how important it is to prepare company processes for a crisis in order to keep the effects as small as possible. It’s not just about what’s at risk. But also which legal requirements should be observed.

So You Want To Defend Your Cloud… Agentless or Agent-based, Which Approach Is Better? (CSO Online) Agentless or agent-based? That is the question when it comes to securing the modern IT infrastructure. Cloud environments, and their security needs, are dynamic and complex. A flexible approach to defending your cloud is key.

Microsoft Plans to Eliminate Face Analysis Tools in Push for ‘Responsible A.I.’ (New York Times) The technology giant will stop offering automated tools that predict a person’s gender, age and emotional state and will restrict the use of its facial recognition tool.

That agent who sounds like they’re from Paris, Texas? Try Paris, France (TechCrunch) Our daily lives are more linked into a globalized grid than ever before. Products are sourced and shipped from afar; traveling to a place 3,000 miles away can be easier than getting across a big city in traffic; and information disseminates to anyone and everyone at the tap of a finger. A startup c…

The world’s biggest surveillance company you’ve never heard of (MIT Technology Review) Hikvision could be sanctioned for aiding the Chinese government’s human rights violations in Xinjiang. Here’s everything you need to know.

Biden signs a pair of cybersecurity bills into law (The Record by Recorded Future) President Joe Biden on Tuesday signed into law two pieces of legislation that will enhance cyber coordination to state and local governments and strengthen the federal cyber workforce, the White House announced.

Defense bill is a major cyber legislation opportunity for Rep. Langevin (Washington Post) Langevin is reaching for cyber measures even as he heads out the door

How ‘Cybersecurity First’ Strategies Can Help Make DISA’s ‘Wish List’ Come True (MeriTalk) A recent keynote address from Lt. Gen. Robert Skinner, director of the Defense Information Systems Agency (DISA), stands out as a perfect example of this digital transformation-inspired dynamic. Skinner spoke at AFCEA International’s TechNet Cyber event and presented a “wish list” of advancements that would help DISA significantly improve operations and solve its problems. “Every great innovation started when somebody said, ‘Wouldn’t it be cool if…’” Skinner told his audience of private sector IT firms.

Federal Backstop for Cyber Insurance Should Be Studied, GAO Says (Bloomberg Law) The Biden administration should assess whether private insurers need a federal assistance to help cover losses from cyberattacks on electricity grids, banks, pipelines and other critical infrastructure, a government watchdog said.

CISA Plans to Hire Chief People Officer to Boost Cyber Workforce (Nextgov.com) Agency advisors are set to vote on a host of draft recommendations which include reviewing the security clearance process for inefficiency.

Former Mandiant exec tapped to run CTIIC, ODNI’s cyber threat intelligence center (CyberScoop) Laura Galante comes to the role after several years of running her own cybersecurity firm. The Ukrainian government was one of her clients.

Phishing gang behind several million euros worth of losses busted in Belgium and the Netherlands (Europol) The action day on 21 June 2022 led to: 9 arrests in the Netherlands 24 house searches in the Netherlands Seizures including firearms, ammunition, jewellery, electronic devices, cash and cryptocurrency The criminal group contacted victims by email, text message and through mobile messaging applications. These messages were sent by the members of the gang and contained a phishing link leading…

9 arrested in Netherlands after Europol raids on phishing gang (The Record by Recorded Future) Nine people were arrested during raids across the Netherlands as Belgian and Dutch police partnered with Europol to shut down an alleged criminal gang involved in phishing.

Meta Agrees to Alter Ad Technology in Settlement With U.S. (New York Times) The Justice Department had accused Meta’s housing advertising system of discriminating against Facebook users based on their race, gender, religion and other characteristics.

EU High Court Sharply Curtails Use Of Airline Passenger Data (Law360) The European Court of Justice on Tuesday rolled back member states’ ability to gather the personal information of passengers on all flights to, from and within the European Union, ruling that the practice must be limited to what’s “strictly necessary” to combat terrorism and serious crime.