Sanctions, as Russia would have them seen under Western eyes. 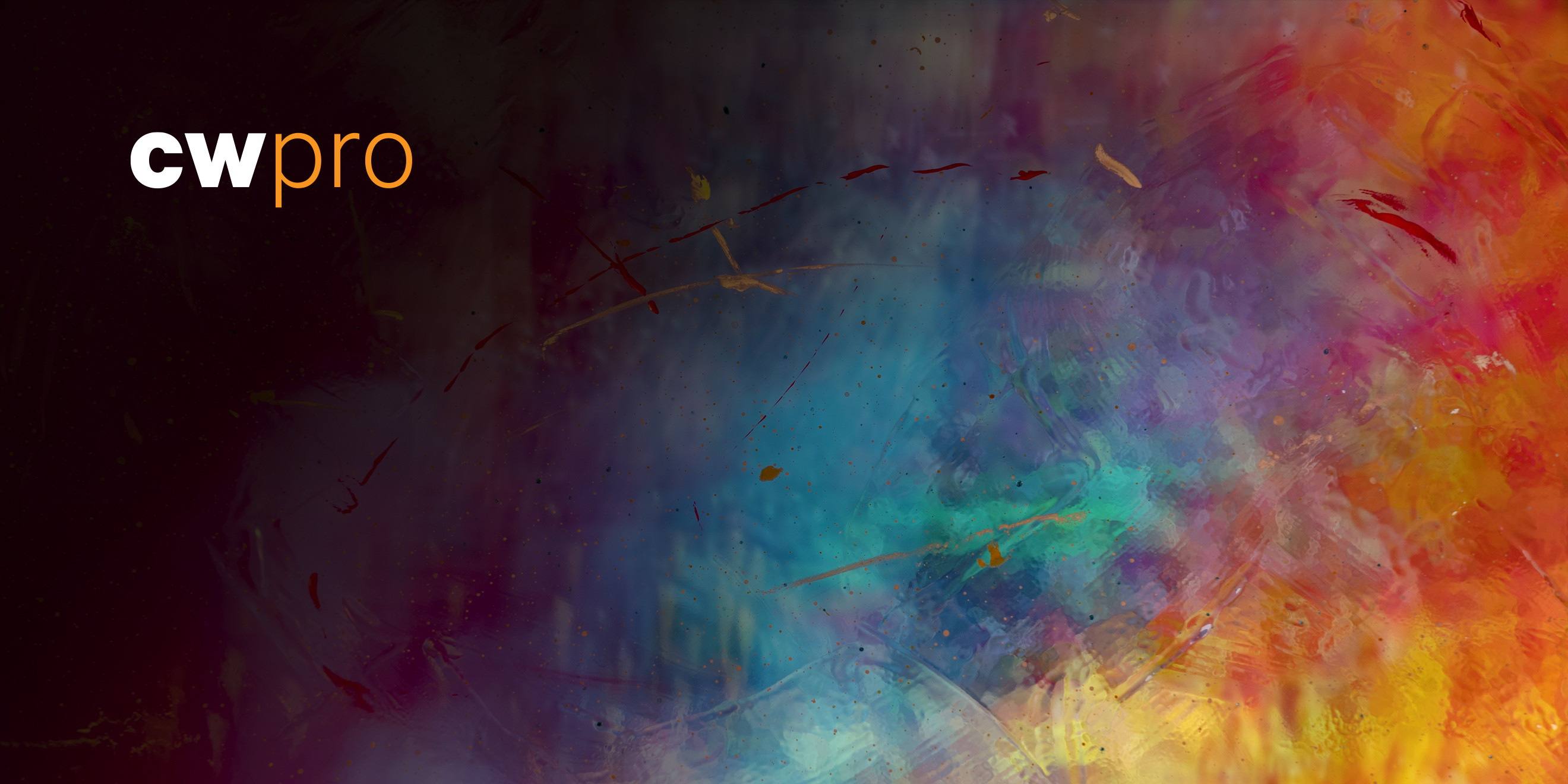 The World Economic Forum having declined to invite Mr. Putin “and other sanctioned entities” to its meetings at Davos, Russia convened its own version of Davos in St. Petersburg last week. The Russian Davos, the St. Petersburg International Economic Forum, was no crisis improvisation: it’s been running for twenty-five years, but it’s clearly long been a kind of junior achievement World Economic Forum. The Forum held its plenary session on Friday, and President Putin delivered the keynote address. His theme was that the “present difficult time” comes from the doomed American attempt to maintain a “unipolar world” under its own direction after “declaring victory in the Cold War.” In summary, here’s his view of the world situation: “This is the nature of the current round of Russophobia in the West, and the insane sanctions against Russia. They are crazy and, I would say, thoughtless. They are unprecedented in the number of them or the pace the West churns them out at.”

Deutsche Welle, the Telegraph, and Newsweek both have accounts of his keynote, but Mr. Putin’s address is worth quoting at some length.

“Our colleagues [that is, the American-led West] are not just denying reality. More than that; they are trying to reverse the course of history. They seem to think in terms of the past century. They are still influenced by their own misconceptions about countries outside the so-called ‘golden billion:’ they consider everything a backwater, or their backyard. They still treat them like colonies, and the people living there, like second-class people, because they consider themselves exceptional. If they are exceptional, that means everyone else is second rate.

“Thereby, the irrepressible urge to punish, to economically crush anyone who does not fit with the mainstream, does not want to blindly obey. Moreover, they crudely and shamelessly impose their ethics, their views on culture and ideas about history, sometimes questioning the sovereignty and integrity of states, and threatening their very existence. Suffice it to recall what happened in Yugoslavia, Syria, Libya and Iraq.

“If some ‘rebel’ state cannot be suppressed or pacified, they try to isolate that state, or “cancel” it, to use their modern term. Everything goes, even sports, the Olympics, bans on culture and art masterpieces just because their creators come from the “wrong” country.

“This is the nature of the current round of Russophobia in the West, and the insane sanctions against Russia. They are crazy and, I would say, thoughtless. They are unprecedented in the number of them or the pace the West churns them out at.

“The idea was clear as day – they expected to suddenly and violently crush the Russian economy, to hit Russia’s industry, finance, and people’s living standards by destroying business chains, forcibly recalling Western companies from the Russian market, and freezing Russian assets.”

He dismissed the sanctions as a failure.

“This did not work. Obviously, it did not work out; it did not happen. Russian entrepreneurs and authorities have acted in a collected and professional manner, and Russians have shown solidarity and responsibility.

“Step by step, we will normalise the economic situation. We have stabilised the financial markets, the banking system and the trade network. Now we are busy saturating the economy with liquidity and working capital to maintain the stable operation of enterprises and companies, employment and jobs.”

And, moreover, the sanctions themselves are primarily an information operation directed against Russian morale and self-confidence.

“The dire forecasts for the prospects of the Russian economy, which were made in early spring, have not materialised. It is clear why this propaganda campaign was fuelled and all the predictions of the dollar at 200 rubles and the collapse of our economy were made. This was and remains an instrument in an information struggle and a factor of psychological influence on Russian society and domestic business circles.

“Incidentally, some of our analysts gave in to this external pressure and based their forecasts on the inevitable collapse of the Russian economy and a critical weakening of the national currency – the ruble.

“Real life has belied these predictions. However, I would like to emphasise that to continue being successful, we must be explicitly honest and realistic in assessing the situation, be independent in reaching conclusions, and of course, have a can-do spirit, which is very important. We are strong people and can deal with any challenge. Like our predecessors, we can resolve any task. The entire thousand-year history of our country bears this out.”

Morale, he says, is holding, and the economic effects of the sanctions are being felt, for the most part, by the European Union.

“Once again, the economic blitzkrieg against Russia was doomed to fail from the beginning. Sanctions as a weapon have proved in recent years to be a double-edged sword damaging their advocates and architects just as much, if not more.

“I am not talking about the repercussions we see clearly today. We know that European leaders informally, so to say, furtively, discuss the very concerning possibility of sanctions being levelled not at Russia, but at any undesirable nation, and ultimately anyone including the EU and European companies.

This is, in its own way, an information operation. Mr. Putin, by emphasizing the impact of sanctions on the EU, no doubt sees the possibility of a fissure within NATO, between the EU and the non-EU anglophone members of the Atlantic Alliance. He goes on to express the view that Europe’s democratic institutions amount to a sham, and that the proof of this is what he characterized as a growing disparity between rich and poor in those countries, between haves and have-nots.

“A direct result of the European politicians’ actions and events this year will be the further growth of inequality in these countries, which will, in turn, split their societies still more, and the point at issue is not only the well-being but also the value orientation of various groups in these societies.

“Indeed, these differences are being suppressed and swept under the rug. Frankly, the democratic procedures and elections in Europe and the forces that come to power look like a front, because almost identical political parties come and go, while deep down things remain the same. The real interests of people and national businesses are being pushed further and further to the periphery.”

The sanctions, which were imposed directly and explicitly in response to Russia’s invasion of Ukraine, are thus harming the world, and especially the European, economy. But those economic problems, oddly enough, have nothing to do with that invasion. Mr. Putin explained, “This raises the question: what does our military operation in Donbass have to do with this? Nothing whatsoever.” It’s correlation, not causation. “Russia, our actions to liberate Donbass have absolutely nothing to do with this. The rising prices, accelerating inflation, shortages of food and fuel, petrol, and problems in the energy sector are the result of system-wide errors the current US administration and European bureaucracy have made in their economic policies. That is where the reasons are, and only there.”

“As for Ukrainian food supplies to global markets – I have to mention this because of numerous speculations – we are not hindering them. They can do it. We did not mine the Black Sea ports of Ukraine. They can clear the mines and resume food exports. We will ensure the safe navigation of civilian vessels. No problem…. The problem is not with us, the problem is with the adequacy of the people in control in Kiev. They can decide what to do, and, at least in this particular case, they should not take their lead from their foreign bosses, their masters across the ocean.”

Toward the end of his address, President Putin outlined the course of Russia’s special military operation, as he wishes the world to see it:

“The West has made a point of refusing to honour its earlier commitments. It has simply been impossible to reach any new agreements with them.

“Given these circumstances and against the backdrop of mounting risks and threats, Russia was forced to go ahead with the special military operation. It was a difficult but necessary decision, and we were forced to make it.

“This was the decision of a sovereign country, which has its unconditional right to uphold its security, which is based on the UN Charter. This decision was aimed at protecting our people and the residents of the people’s republics of Donbass who for eight long years were subjected to genocide by the Kiev regime and the neo-Nazis who enjoyed the full protection of the West.

“The West not only sought to implement an “anti-Russia” scenario, but also engaged in the active military development of Ukrainian territory, flooding Ukraine with weapons and military advisers. And it continues to do so now. Frankly, no one is paying any attention to the economy or well-being of the people living there, they just do not care about it at all, but they have never spared money to create a NATO foothold in the east that is directed against Russia and to cultivate aggression, hatred and Russophobia.

“Today, our soldiers and officers, as well as the Donbass militia, are fighting to protect their people. They are fighting for Russia’s future as a large, free and secure multiethnic country that makes its own decisions, determines its own future, relies on its history, culture and traditions, and rejects any and all outside attempts to impose pseudo-values steeped in dehumanisation and moral degradation.

“No doubt, our special military operation goals will be fulfilled. The key to this is the courage and heroism of our soldiers, consolidated Russian society, whose support gives strength and confidence to the Russian Army and Navy and a deep understanding of the truth and historical justice of our cause which is to build and strengthen Russia as a strong sovereign power.”